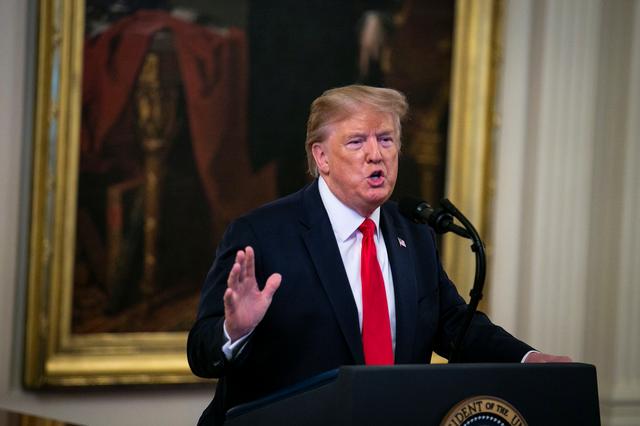 US President Donald Trump on Friday approved the deployment of thousands of American troops to Saudi Arabia and the United Arab Emirates in response to an attack on Saudi oil facilities.

The approval was announced at the Pentagon by Defense Secretary Mark Esper.

He said the deployment was at the request of Saudi Arabia, after its oil facilities were targeted in drone and missile attacks.

“In response to the Kingdom’s request, the president has approved the deployment of U.S. forces, which will be defensive in nature and primarily focused on air and missile defense, ” Esper said.

Esper said “all indications” are that Iran was responsible for the attacks. The troops will be deployed in a “defensive posture” to increase security, Esper said, though it was not immediately clear how many additional troops would be sent to the region.

Joint Chiefs of Staff Chairman Gen. Mark Dunford said it would not be “thousands” of troops.

Trump had in recent days indicated the administration believed Iran was behind the incident, but officials had refrained from saying so definitively.