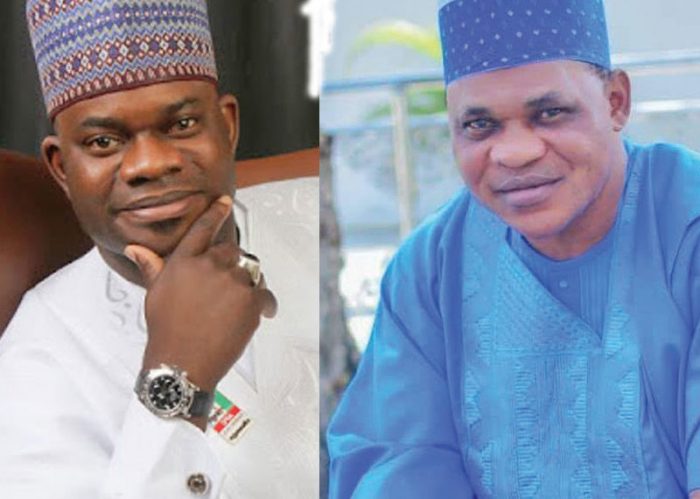 Now that Yahaya Bello has won All Progressives Congress primary election and Musa Wada will fly the Peoples Democratic Party flag and all is set for the 16 November governorship election in Kogi State, these are factors that will determine who wins

Kogi State is on the march again. An election to decide who governs her for the next four years is just by the corner on 16 November. Various political parties have completed nomination rituals for the emergence of party flag-bearers in the upcoming exercise. As expected, the events have pushed the State on the threshold of yet another critical decision-making point.

With incumbent Yahaya Bello firmly in custody of his party, the All Progressives Congress, (APC) ticket, the choice before the people appears like a simple one. The election should be more of a referendum on the rejection of much vilified Bello. But the task is not that simple to accomplish. The people are being presented with multiple choices.

A crowded field of candidates
The Independent National Electoral Commission (INEC), moderator of the exercise fixed 5 September as the terminal date for the conduct of primaries or nomination of candidates by political parties. The time table also sets Monday, 9 September as deadline for the submission of names of candidates by parties. Out of the 93 political parties in the country, about a score have shown interest in the contest by conducting congresses to nominate their respective standard-bearers. While some of the primary elections witnessed state of the art manipulations and chicanery, most have passed without notice.

Most candidates are from the East Senatorial Zone of the state, underscoring the agitation for the return of power to the area. From this obviously crowded basket of candidates will Kogi people choose their next governor.

A two-horse race
Only two of them are, however, likely to count as sturdy. They are the incumbent Bello of the APC and Wada of the PDP. In fact, keen observers of the unfolding Kogi political theatre have narrowed the contest to a two-horse race between the behemoth political parties- APC and PDP. SDP’s Natasha is positioning herself as a Third Force in the race to Lugard House.
Incidentally, all the parties in contention have interesting stories of intrigues, Machiavellian tactics and a return to naked wrist instead of wit in the quest for power. The primary elections of the parties have been characterised by grotesquery, ridicules and absurdity. Check the facts:

APC ticket/ Yahaya Bello
The APC conducted a controversial primary election on Thursday, 29 August at the Confluence Stadium in Lokoja, the State capital. Some 16 aspirants had obtained the party’s nomination and expression of interest forms at N24m each. The previous Thursday 22, all the aspirants appeared before a Screening Committee headed by Sen. Hope Uzodinma.

The screening result was delayed till Monday when only four aspirants including the governor were cleared for the primary. The uncleared bunch of 12 aspirants cried blue murder. The following day, an Appeal Panel listened to their petitions and cleared four more aspirants. The uncleared lot included Admiral Usman Jibrin, Prof. Seidu Ogah, Mohammed Audu, Mustapha Audu and Babatunde Irukera, a lawyer and appointee of the presidency, who eventually secured late clearance about 12 hours to voting time.

The party adopted an indirect primary against popular expectation. The election held amidst tight security with delegates dressed in cheap Ankara uniform as a mark of loyalty to the governor. Of course, the governor was elected almost unopposed having about 90 per cent of the votes.

Bello, in about his mid-forties is the youngest governor in the country.
The graduate of accounting from Ahmadu Bello University, Zaria was a staff of Revenue Mobilisation and Fiscal Commission. He left the commission after a brief stint and started running his transport business, Fair Plus; full time. His bid to govern the State in 2015 met a temporary setback in the primary until Audu’s death. He is seeking a second and final term.

PDP ticket/ Musa Wada
In PDP, 13 members bought the nomination and expression of interest form at N24.5m each. To make the selection process less rancorous, the party on Monday, 19 Aug screened and gave all 13 aspirants clean bill of health to participate in its primaries slated for Tuesday 3 September. The Screening Committee was chaired by Governor Darius Ishaku of Taraba State.

The PDP Primary Election was a different ball game. About 3,400 delegates participated in the exercise in which voting had been orderly and concluded at the Confluence Stadium. However, at about 1:45 am, more than halfway into sorting and counting of ballots, unknown gunmen stormed the venue shooting sporadically and dispersing the participants. In the pandemonium, one person died while several others sustained injuries and the electoral process became a big victim.

Governor Ahmed Fintiri of Adamawa State, Chairman of the Electoral Committee who escaped unhurt, convened a meeting of all aspirants the following morning at a Government Lodge where he completed the process, returning Engr. Wada as party candidate. Other aspirants notably Abubakar Ibrahim runner up in the election and Sen. Dino Melaiye who came a distant fourth, kicked and threatened to challenge its outcome.

Wada, an engineer and younger brother of former governor and co-contestant Capt Idris Wada hails from Odu Ogboyaga in Dekina Local Government of Kogi East. He is son-in-law to former governor Ibrahim Idris, whose son, Abubakar was also a fellow contestant for the PDP ticket. The PhD holder is a retired director of the Nigerian Ports Authority (NPA).

Determinant factors/ chances of the candidates:
A major factor that will bear significant impact on the 16 Nov. Governorship election is how the dominant parties are able to manage their post-primary crisis. The rancorous exercise has left big cracks on the fragile walls of the parties. The gall that defined the campaigns for the party ticket have broken the big parties along narrow cleavages. Both parties are not unaware of this.

After what appeared like an initial unconcern and dilly dally, the APC and Governor Bello ate the humble pie. The party called a reconciliatory meeting between all aspirants (both cleared and uncleared) and the Governor. Admiral Jibrin did not attend the meeting. At the end of the parley, National Chairman Adams Oshiomhole announced that the aspirants have agreed to pocket their grievances and work for Bello’s re-election in the interest of the party.
In a related development, the PDP at both state and national levels is said to be troubleshooting on how to reconcile all aspirants and stakeholders to make them queue behind the party ticket in the crucial Governorship election. Those who should know to confirm behind the stage moves for reconciliation.

The party candidate in a statement admitted that much. He said: “It is normal that in every contest, a winner must emerge; but in this case, nobody is a winner because as far as I am concerned, we all won. It is a collective victory. All of us who participated in the primaries are all aware of the challenges the people of Kogi State are facing, a horrible experience occasioned by the unresponsive leadership, maladministration and lack of direction of the incumbent governor. I am only elected and put forward to spearhead the battle to oust the unresponsive APC-led government of Yahaya Bello in Kogi State. It is a task that requires holistic effort to get done; a collective responsibility of all of my co-contestants.”

That is like stating the obvious. Without any doubts, Governor Bello is a formidable foe. One major advantage he has is the incumbency factor. The term is loosely used to cover sometimes the illegal deployment of influence and state resources to promote selfish agenda. Although the governor ascended the throne by an accident of fate, he has done all to entrench his hold on power. Bello became governor after inheriting the votes of Prince Abubakar Audu who died before his victory was announced by INEC during the last 2015 Kogi Governorship election. As at the time he mounted the saddle, the PDP was the dominant party controlling about 70 percent of elective and appointive political offices in the state. That was then.