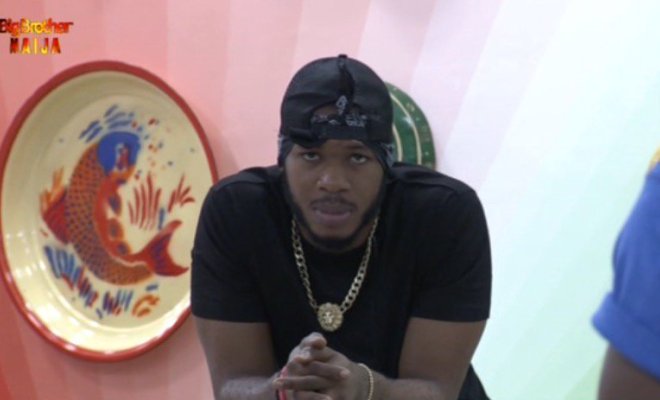 The excited housemate, who could not contain his joy, won the coveted chance card on Sunday night.

Following a normal live show without eviction, Biggie called the housemates into the arena to perform the veto task.

Prior to the task, housemates had kept a red box for one week from which they drew out random picture cards.

Suspense was created around the box as housemates did not know the power the veto holder would have.

To heat things up, negligence with the box caused Elozonam, Cindy and Diane to be issued a strike each.

While the housemates gathered in the arena on Sunday, they were asked to produce the picture cards they had collected over the week.

In a stroke of luck, Frodd’s card matched the picture in the red box.

This means that Frodd will nominate five housemates for possible eviction during Monday’s nomination show.

The win was significant for Frodd as few weeks ago, he was hunting for coins to buy immunity which was unsuccessful.

Frodd got the 200 Bet9ja coins for winning the game and his teammates, Omashola, Tacha, and Cindy also got bonus coins.