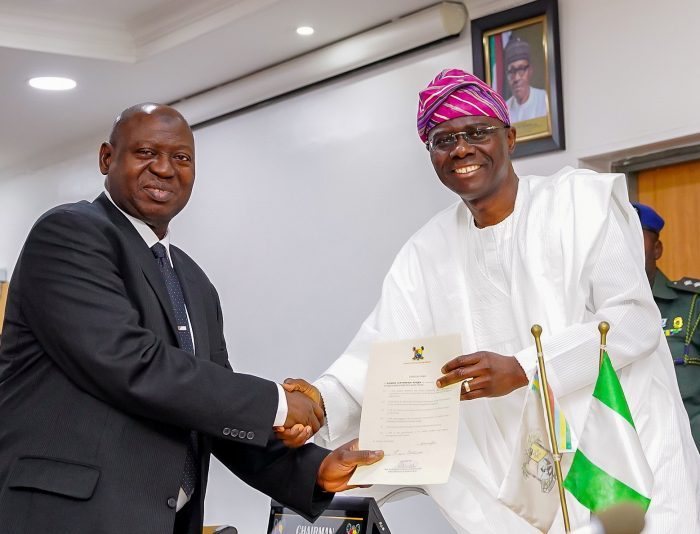 Lagos State Governor Babajide Sanwo-Olu said he has approved the completion of the combined Magistrates’ and high courts in Ajah, Lagos state.

The courts would be completed and handed over to the Lagos State Judiciary very soon, he said.

He made the promise in a message read today on his behalf by the Deputy Governor, Dr,Obafemi Hamzat, at a special service at the Central Mosque on Lagos Island to mark the beginning of the Lagos State Judiciary 2019/2020 legal year.

Another service was held simultaneously at the Cathedral Church of Christ, Marina, Lagos Island.

Both services had in attendance a large number of High Court judges, Magistrates, and officials of the Lagos State Judiciary.

The Governor assured the judiciary of support to ensure the successful implementation of programmes initiated by Chief Judge, Justice Kazeem Alogba.

“The judicial sector plays a critical role in ensuring law and order through the protection of rights of all citizens irrespective of status and stature.

“We will therefore work with you and do our utmost to provide solutions to the challenges that may constitute obstacles to effective, efficient and impartial justice delivery in Lagos State.

“I have approved the completion of the combined High and Magistrate Courts in Ajah in Eti -Osa local Government, In a few months’ time this multipurpose court would be completed and handed over to the Lagos State Judiciary”.

Justice Alogba thanked the Governor for the support stressing that the executive has been a pillar of support since his assumption of office.

The Chief Judge said he met with the Controller of Prisons in the state about prison congestion and that the judiciary under his watch would not contribute to the scourge.

He also promised to pursue community sentence and restorative justice.

Alogba admonished Judges and Magistrate not to drift away from the part of righteousness, stressing that they should deliver judgment with the fear of God.

He also advised lawyers to present their cases with the fear of God, remanding them that it’s what they present that Judges would use to determine their cases.

The guest lecturers, Dr. Marufudeen Shittu and Imam Babatunde Alfa-Nla admonished Judges and Magistrates to research and pray for Allah’s wisdom to be able to deliver justice with the fear of God.

At the church service, Diocesan Bishop of the Lagos Church of Nigeria Anglican Communion, Rt Rev Humphrey Olumakaiye, urged Judges and Magistrates to ensure a fair and equitable dispensation of justice.

In his Sermon, taken from the book of Exodus 23 verses one to six, the Bishop reiterated the biblical provision which mandates Christians not to pervert justice meant for the poor, nor to collect a bribe.

According to him, the courts interpret the law, but God demands justice in righteousness.

“Righteousness and Justice are key instruments of the law,” he said

“Do not be part of lies; do not deny help when needed, even when they hate you; be on the part of justice, and do not accept a bribe or you will be personally guilty of a wicked society.

“Those who lack integrity hinder the progress of the society; we must not allow greed to infiltrate our thoughts even as we begin another legal year,” he added