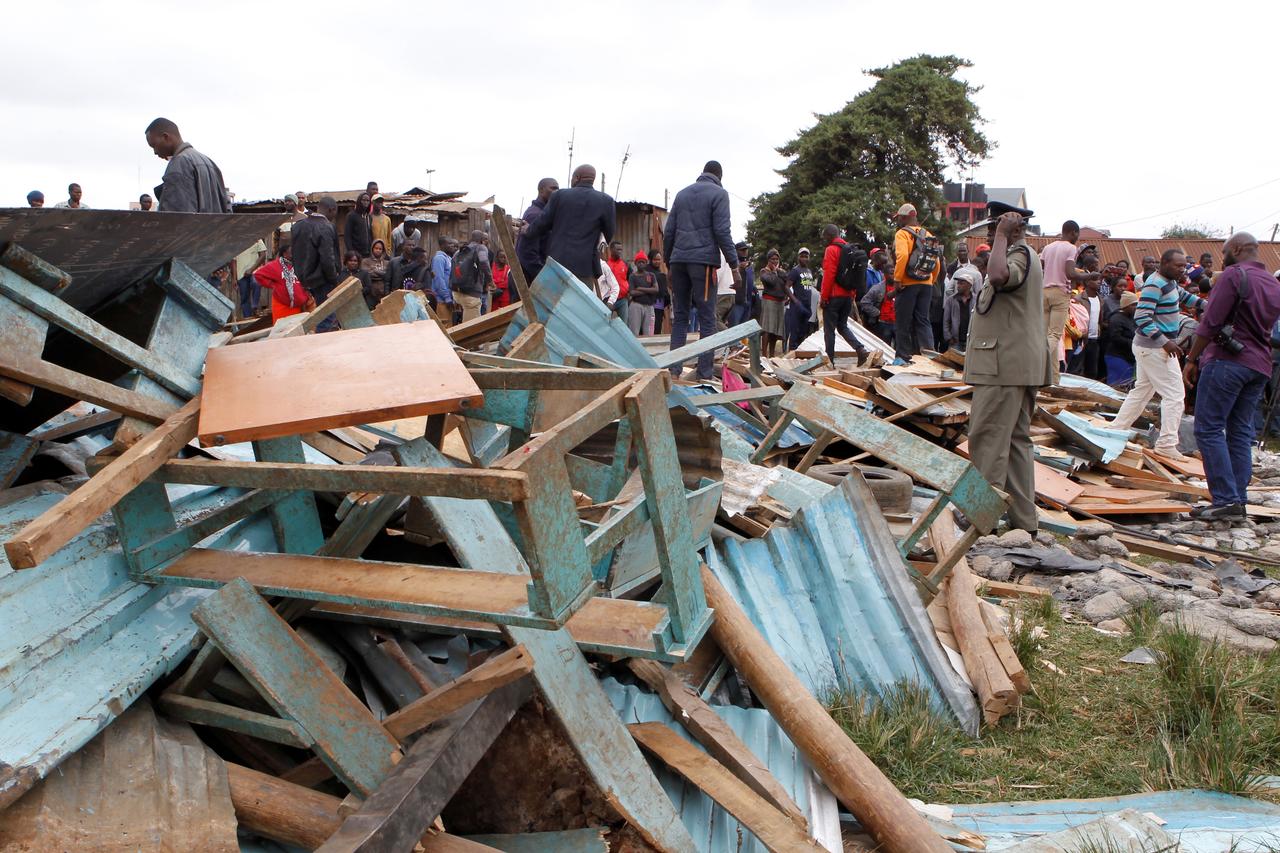 Kenyan Government on Monday confirmed that seven pupils were killed and 57 others injured after a classroom at a primary school in Nairobi collapsed.

Colonel Cyrus Oguna, a government spokesman said at a press conference that the classroom, at the Precious Talent Academy in Nairobi’s western suburb of Dagoretti, collapsed at 7.30 am (0430 GMT).

A community leader said the first casualties were evacuated to a nearby Catholic clinic by motorbike because ambulances took an hour and a half to arrive.

The Red Cross announced on its Twitter account that it had set up information and tracing desk and would be offering psychosocial support services.

Distraught parents and members of the public railed at the school’s administration for what they termed the poor structural quality of the collapsed building. One parent told DPA that the collapsed building was an iron-sheet walled, one-storey building, with the first floor built of a concrete slab.

The school’s manager, Moses Ndirangu, said the collapse could be the result of ongoing sewer works on one side of the classrooms.

Local lawmaker, John Kiarie said the school is located in an impoverished informal settlement and the quality of the structures may not be up to par.

Education Minister George Magoha was expected to report due course.