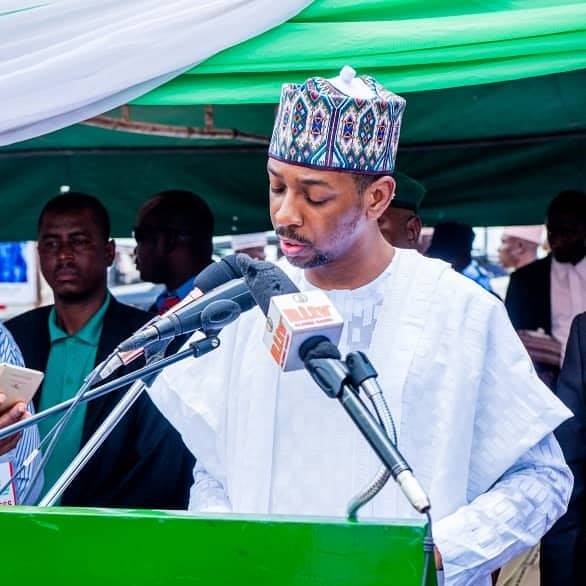 The Deputy Governor of Zamfara state, Barrister Mahdi Aliyu M. Gusau has reacted to inaccurate reports concerning his age and eligibility to serve as a deputy governor.

In a statement he authored on his facebook account on Wednesday night, he clarified that he is 37 years old and not 33 according to inaccurate reports peddled in the media against him.

This is coming after candidate of the Social Democratic Party in the Kogi State governorship election, Natasha Akpoti, revealed INEC plans to disqualify her on the basis that her running mate, Mohammed Bashir Abubakar is 34 years old and not eligible based on Nigeria Constitution.

Section 117B and 187(ii) of the 1999 constitution stipulates 35 years as the minimum age for any individual to participate in governorship or deputy governorship position in Nigeria.

However, this has also raised confusion in Zamfara as some quarters claimed that Barrister Mahdi Aliyu M. Gusau is 33 and Governor Matawalle should be removed from office.

Reacting to reports on his age, Barrister Mahdi Aliyu M. Gusau said: “Let me clear the air about the false news circulating within the Nigerian media with the erroneous piece that i am 33 years of age and benefited from the Not Too Young Bill.

“This is totally unrealistic and baseless information.

“Let me state that I the Deputy Executive Governor of Zamfara State, Barrister Mahdi Aliyu Mohammed Gusau was born on the 5th of Dec,1981 and I am currently 37 years old today.

“Therefore, the Constitution of the Federal Republic of Nigeria has qualified me to occupy any elective position, except that of the President.”