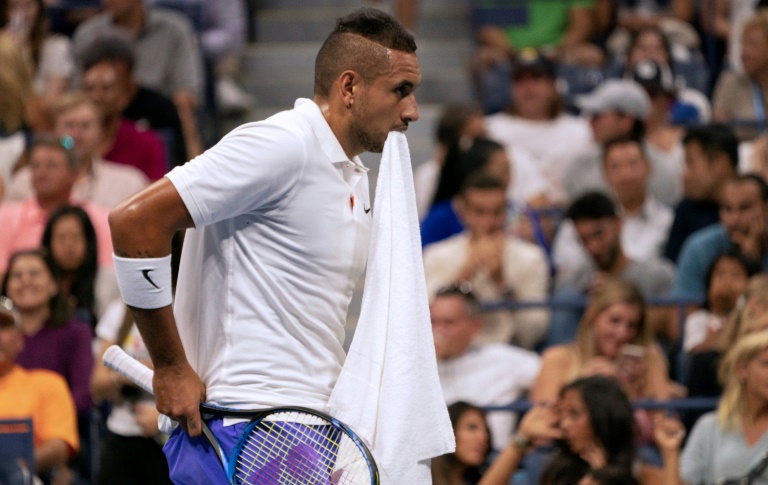 ATP finally moved Thursday to discipline tempestuous and talented Australian tennis star Nick Kyrgios, giving him a suspended 16-week ban from the tour and also placing him on probation for six months for “aggravated behaviour”.

Kyrgios had been caught in a number of on-court outbursts over the past year.

The suspension is deferred pending Kyrgios’ compliance with several conditions mandated by the ATP, which include seeking additional support from a specialist in behavioural management during the off-season.

“The suspension will be lifted at the end of the six-month probationary period provided that the above conditions are met,” the ATP said in a statement.

Tour organisers opened an inquiry into Kyrgios, the world number 27, following an explosive meltdown during a second-round match at last month’s Cincinnati Masters.

He had already been fined $113,000 for ball abuse, leaving the court without permission, an audible obscenity and unsportsmanlike conduct during his loss to Russia’s Karen Khachanov.

But the ATP decided to extend the investigation into the volatile Kyrgios, who was disqualified and fined for throwing a chair on to court during the Rome Masters in May.

“The investigation found a pattern of behaviour related to Kyrgios’s verbal abuse of officials and/or spectators in the past 12 months that constitutes a violation” of the ATP rule book, the governing body added.

Kyrgios has five days to appeal the decision.

However, he avoided further punishment for calling the ATP “pretty corrupt” during the US Open.

“Following a clarification issued by the player the following day, it was determined that the incident did not constitute a Player Major Offense, and no additional penalties were applied,” the ATP said.