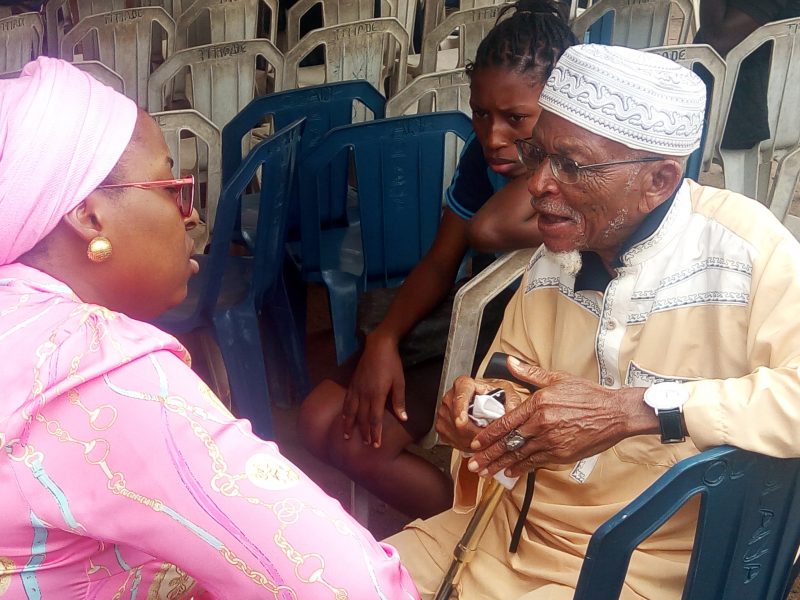 It was organised by Mr Bisi Yusuf, a member of the Lagos State House of Assembly, representing Alimosho Constituency 1 for people at the grassroots.

The 2019 event, which began at Ayobo Ipaja LCDA on Thursday, would hold in five LCDAs and one Local Government in Alimosho Constituency I and II.

Yusuf, in his remarks at the Agbado Oke-Odo Council Secretariat, said that the event was the 7th edition of the yearly free medical checks, treatments and surgery.

According to him, more than 1.2 million constituents have benefited from the programme since its inception.

“I thank Almighty God for given me the opportunity to continue the yearly medical programme for the grassroots people.

“They gave me the mandate to represent them; it is people’s mandate, so, I have to give them the benefits of democracy in the area of health, because health is wealth,” he said.

The lawmaker added that a quarter of his monthly salary was being saved and earmarked for the medical programme to ensure that many people benefit from the medical treatments.

“The amount spent on this yearly programme is enormous, but the health condition of our people is more paramount.

“It is when they are healthy that they can be politically active and cast their votes.

“This is not a campaign strategy; in fact, I am using it yearly to mark my birthday.

“On Thursday was my birthday; we started the programme at Ayobo-Ipaja LCDA, and today is for the Agbado Oke-Odo, and Saturday is the turn of Mosan-OkunOla, Egbe Idimu, Alimosho LGAs, and others.

“It is an opportunity for people at the grassroots to know their health status, do medical check-up, and get treatments at no cost. I think our people deserve it,” he said.

The assemblyman, however, advised the beneficiaries to make good use of the opportunity and follow the instructions given by the health officials on daily basis so as to live a healthy life.

Commenting, Mr Augustine Arogundade, the LCDA Chairman, lauded the lawmaker for the free medical services being offered to the residents yearly.

Arogundade said that the assistant being rendered by the lawmaker was more important than roads construction.

“The free medical checks, treatment and surgery are very paramount to our people.

“Majority of them didn’t even know their health status, but through this, many of them are given free eyeglasses, general treatments and surgery as the case may be,” he said.

Mr Fred Oduwole, Special Adviser on Special Duties to the Chairman, Mosan Okun-Ola Council, who led the medical team, thanked the lawmaker for the big event.

Oduwole said he had been involved in the programme for seven years, adding that many people had benefited from it till date.

“This is a very big event which gives the people opportunity to get medical attention and treatment at no cost.

“Some of the cases we can not handle here are being referred to the General Hospital or as the case may be.

“It helps many people to determine their health conditions, get medical advice, treatment and surgery, depending on the kind of ailments.

In his remarks, Chief Alaye Adebayo, the Chairman, Community Development Committee (CDC), Agbado Oke-Odo LCDA, appealed to wealthy and influential people in the communities to emulate the lawmaker’s gesture.

Adebayo said that the LCDA comprises large number of people, adding that for the gesture to circulate, more generous people should also join in spreading the health benefit.

Pa Kazeem Adekunle, a 98-year-old community leader in Agbado Oke-Odo, who benefited from the exercise, thanked God for given him the opportunity to partake in the medical programme.

Also, Alhaja Ajoke Tiamiyu, another beneficiary, said that people in the community would forever be grateful to the lawmaker.