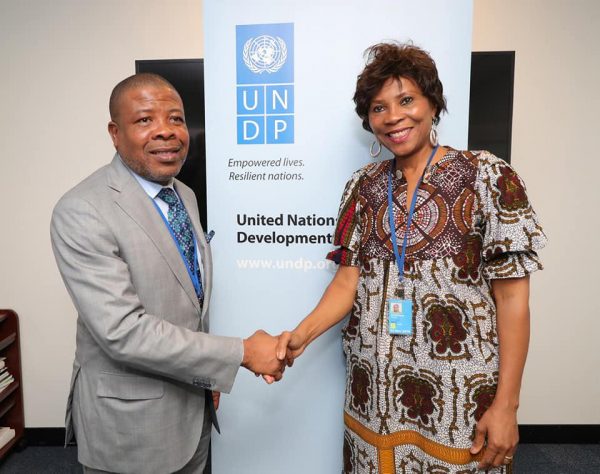 It was on the sidelines of the United Nations 74th General Assembly in New York.

Governor Ihedioha who was part of the Nigeria Governors Forum, NGF, delegation to the session, met with Ms. Ahunna Eziakonwa-Onochie, leader of the UNDP team, who is also Assistant Secretary General of the United Nations, for attaining such height in the UN hierarchy.

He called on the UNDP to assist his administration towards achieving its policies and programmes in Imo in the areas of youth development, job and wealth creation, environment, renewal energy, e-governance, tourism and agribusiness.

Ms. Ahunna Eziakonwa-Onochie, who is also Regional Director, UNDP Regional Bureau for Africa, said the UNDP will be willing to support Ihedioha’s administration to harness the resources in the state. She also pledged support in capacity building, business mapping and setting SDG framework for the State.