2020 budget to National Assembly on Tuesday 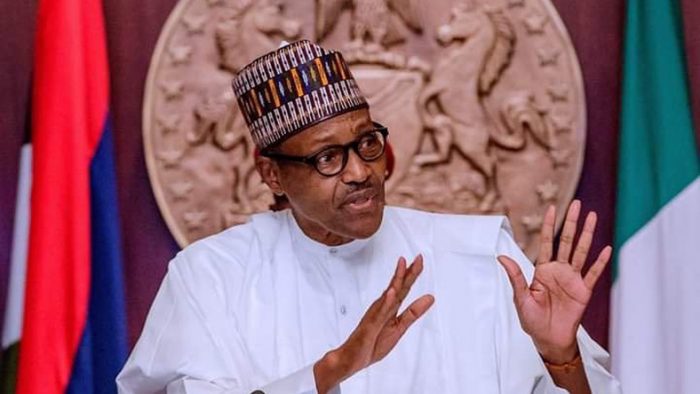 Nigeria’s President, Muhammadu Buhari will on Tuesday present the 2020 budget to the joint session of the National Assembly.

This was disclosed by the Senate President, Dr. Ahmad Lawan on Thursday.

Lawan read a letter from Buhari to the lawmakers on the presentation of the 2020 Appropriation Bill on Tuesday, 8th October, 2019 to the Joint session of the National Assembly.

Earlier, the Senate charged security agencies to step up their surveillance on the Bonny-Port-Harcourt waterways.

The upper chamber gave the charge following a motion on piracy attacks on Bonny – Port-Harcourt waterways which was sponsored by Senator Betty Apiafi (PDP, Rivers West).

The Senate accordingly, also mandated the committee on works to ensure adequate funding in the 2020 budget for the completion of the Bonny – Port Harcourt waterways.

Senator Apiafi, in her motion, recalled how four boats were attacked on 26th September, 2019 by pirates, dispossessed the passengers of their properties and even kidnapped some of them.

“This unprecedented challenge on the Bonny-Port-Harcourt waterways have put many travelers at risk, and almost on a daily basis armed bandits kidnap commuters,” Senator Apiafi said.

According to her, the Nigeria Liquefied Natural Gas (NLG) will soon commence its project along that route, adding that “this will increase traffic along the waterways and put more lives at risk”.

Senator Thompson George Sekibo (PDP, Rivers East) who seconded the motion, said the activities of sea pirates had led to the abduction, killing and rape of Nigerians using the waterways.

Meanwhile, five bills scaled first reading on the floor during plenary on Thursday.

The bills were referred to the relevant committees by the President of the Senate, Ahmad Ibrahim Lawan, for further legislative work.