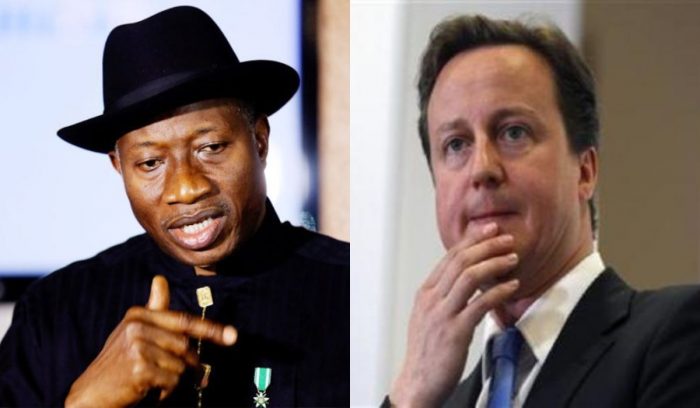 David Cameron in his book titled “For the Record” accused President Jonathan led-administration of corruption and claimed he rejected help to rescue the Chibok girls from Boko Haram.

Reacting to the accusation on Sunday, Fani-Kayode stated that Cameron had said that Goodluck Ebele Jonathan was “sleeping on the wheel” as well as saying Nigerians are “fantastically corrupt”.

“What makes this notorious, vain, arrogant, racist and pompous Englander believe he can get away with spewing such venomous foibles and indulging in such falsehood and mendacity?

“He should clean up the BREXIT mess he created in his own country rather than poke his big and unwelcome nose in the affairs of ours. Nigeria stopped being a colony of the British 59 years ago.

“We reject his stereotypical and insulting labels and his asinine, jaundiced, absurd and outlandish claims and assertions.

“The Nigerian people are honourable, courageous, decent, diligent, kind, civilised, industrious, resilient, loyal, tolerant, accomodating, honest, God-fearing and hard-working people. We are not “fantastically corrupt” and we will no longer tolerate his condescending and downright insulting vituperation,” Fani-Kayode said.

According to him, “When you consider world history, you will agree with me that it was not the Nigerian people that enslaved, pillaged, robbed, slaughtered, subjugated, oppressed, humiliated and utterly destroyed the lives of hundreds of millions of people and a quarter of the world’s population at the twilight of its accursed empire.

“It was the British. We do not need lessons about corruption, how to drive at the wheel or anything else from such people.”