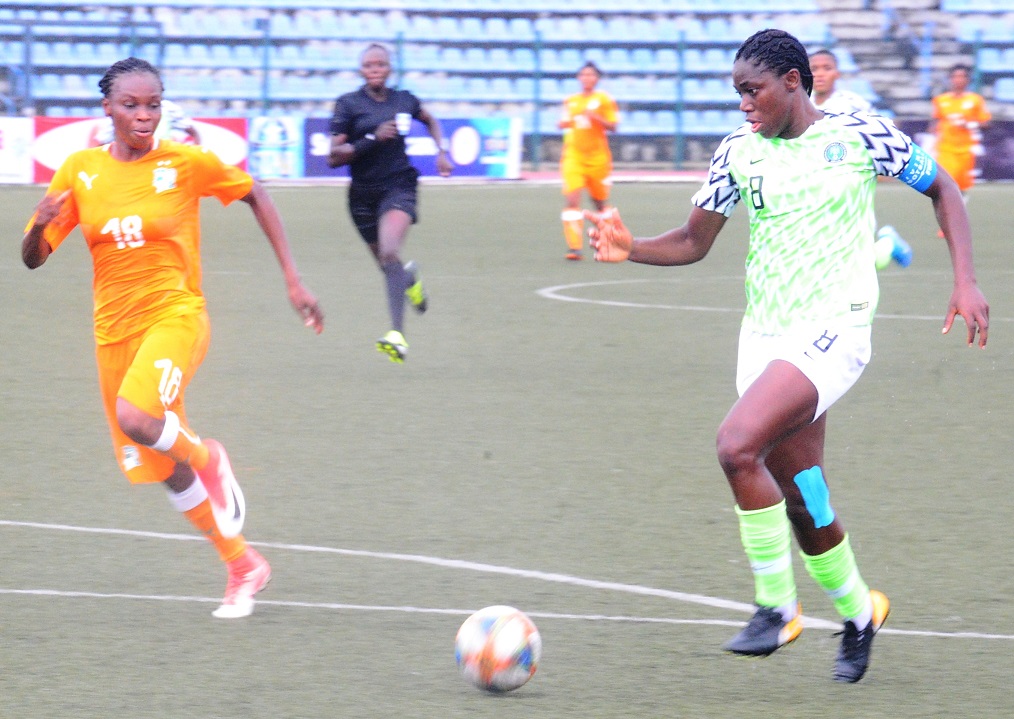 Following the ouster of the Super Falcons from the 2020 Tokyo Olympics by Cote d’Ivoire, a former Chairman of Sports Writers Association of Nigeria (SWAN), Fred Edoreh, has described the team as static.

Edoreh asserted in an interview with the News Agency of Nigeria (NAN) while reflecting on the shock exit of the Falcons from the 2020 Olympics. The Super Falcons played a 1-1 with their Ivorian counterparts at the Agege Township Stadium on Tuesday night.

The match started with the Ivorians drawing the first blood in the 12th minute by Kapho Zole Nina, while the Falcons captain, Asisat Oshoala’s solo effort in the 34th minute gave them leveller.

The Ivorians with a perfect game plan, however, thwarted Falcons effort to get a winning goal thereby ending the game at one-nil apiece which automatically knocked the Falcons out on an away goal rule.

It will be recalled that the reigning African Champions had earlier played a goalless draw against the Ivory Coast team in Abidjan.

Edoreh described the loss as pathetic which puts a clause to the credentials of the Christopher Danjuma-tutored team.

“It is quite unfortunate that the team failed to qualify for the Olympics for the third consecutive time. They missed the London 2010, Rio 2016 and now Tokyo 2020.

“The loss has shown clearly that while the Falcons are being celebrated as champions of Africa, they are not making progress. This is an indication that the team is too relaxed being champions of Africa but not able to attend three Olympics in a row is a shame. The team needs to improve,” he said.