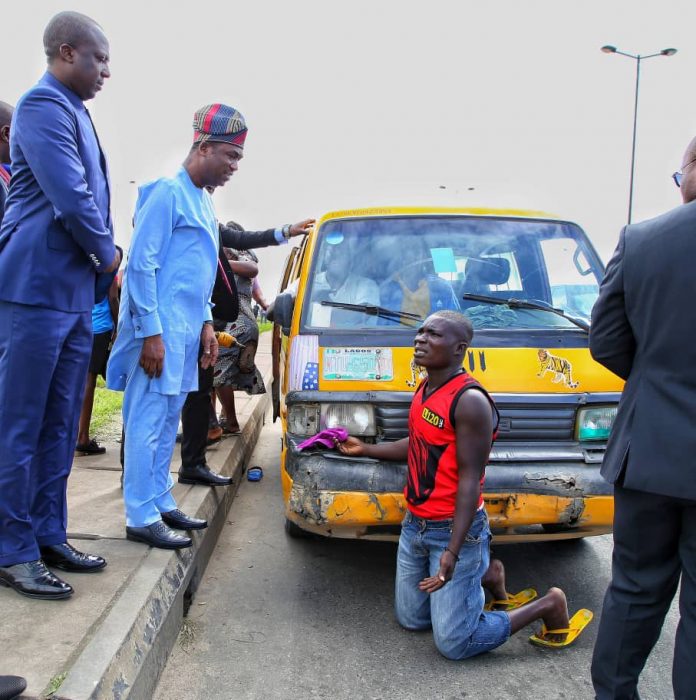 A danfo driver knelt down to beg Hamzat for mercy

Hamzat, who was on his way to the Lagos State University, LASU, to deliver a lecture was pissed off when he saw motorists driving against traffic and decided to personally apprehend the culprits who were handed over to the Lagos State Traffic Management Authority, LASTMA for prosecution.