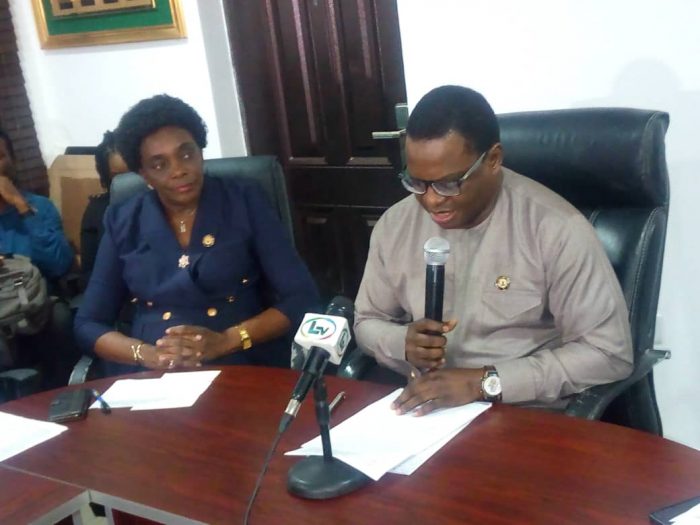 The Lagos State Government on Thursday warned members of the National Youth Council of Nigeria, NYCN, to shun violence during its forthcoming election, as going to poll is not a do-or-die affair.

Commissioner for Youth and Social Development, Segun Dawodu spoke in Alausa, Ikeja, while inaugurating the Transition Committee of the NYCN, Lagos State Branch, saying that the seven-man committee must discharge its duties and responsibilities with without bias or favour and to uphold the confidence bestowed on them by members of the council.

“Let the election not be a do-or-die affair and ensure that you accommodate one another even in times of differences. Let the transition process be a veritable platform to promote unity and mutual co-existence,” he said.

Saying that the council is the umbrella of all youth organisations in the state, the commissioner charged the body to organise character moulding programmes and activities for the benefit of the youths in the state in order to achieve a greater height in youth development.

According to him, there was therefore an urgent need to do a self-appraisal of the current state of the council and develop strategies that would improve their relevance within the context of modern realities.

Commending the council for resolving its 12-year-old crisis, Dawodu said the choice of using dialogue as opposed to resorting to violence, to resolve their differences for the common good, growth and development of the council, was a great act which could not have come at a better time than now.

Dawodu charged the committee to work assiduously to reposition the council and ensure that during their deliberation, disagreements were resolved amicably through maturity, adding that there must be tolerance among members during the council’s election.

He added that the Ministry had concluded plans to develop a comprehensive drug programme aimed at fight drug abuse among youths which had become very rampant in the society, adding that the programme would be all encompassing.

Permanent Secretary, Ministry of Youth and Social Development, Yewande Falugba said the ministry was informed by the different factions that on a common ground, they had resolved the crisis in order to achieve their desired goals.

She urged the leadership of the council to ensure that peace reigned supreme among the various stakeholders and youth organisation in the state, saying that if the effort was achieved, it would go a long way in the promotion of public private partnership in youth development and the establishment of a robust relationship among the members of the various youth organisations and the state government.

Speaking on behalf of the committee, Ismail Odulana said the council had been in crisis for over 12 years and that members had learnt useful lessons.