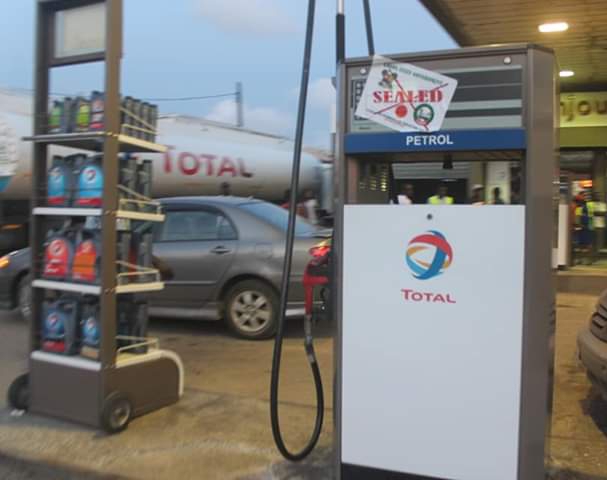 The Lagos State Environmental Protection Agency (LASEPA) says it has sealed a Total filling station at Akoka area of the state over water contamination.

The General Manager, LASEPA, Dr. Dolapo Fasawe, said in a statement on Thursday that the station would remain closed pending the conclusion of its comprehensive water pollution investigation. Fasawe said that the investigation was to determine the source and causes of water contamination being experienced in Akoka community.

”We can never go wrong with scientific methodology because it is transparent, objective and globally acceptable,” Fasawe said.

She said that the action by LASEPA was in response to outcries of members of the community, who alleged that their water sources were contaminated by petrol spills from the Total filling station.

Fasawe added that her visit to the area was aimed at assessing the impact of the pollution and proffer holistic lasting solution to promote a friendly environment devoid of environmental threats.

”As a responsive and responsible government, the safety and well being of our people is paramount and must not be compromised for any reason. As an agency saddled with the responsibility of regulating all environmental activities in the state, we owe it a duty to protect our people and shield them from any form of environmental hazard that may have a negative health impact on them.

”As a state with myriad business opportunities, we encourage entrepreneurship development and promote business activities but not to the detriment of our people. Today’s action is intended to correct unfriendly habits that make our environment degraded and our people very susceptible to health issues,” she said.

A representative of the Akoka community, Mr. Akintunde Ogunfemi, said that for over two years the filling station had been insensitive to their plight.

”The community has been left with no other choice than to abandon our tap water as a result of its odour, colour and unpurified nature and took solace in getting drinking water elsewhere,” Ogunfemi said.

He commended LASEPA for finally coming to their aid and including the community members in its steps on the matter which directly affected them.

The Total Filling Station representative, Yahaya Alliu, said that the organisation was ready to support the move initiated by LASEPA. Alliu added that the station was committed to a friendly working environment that would further promote a rancor-free relationship with its host community.