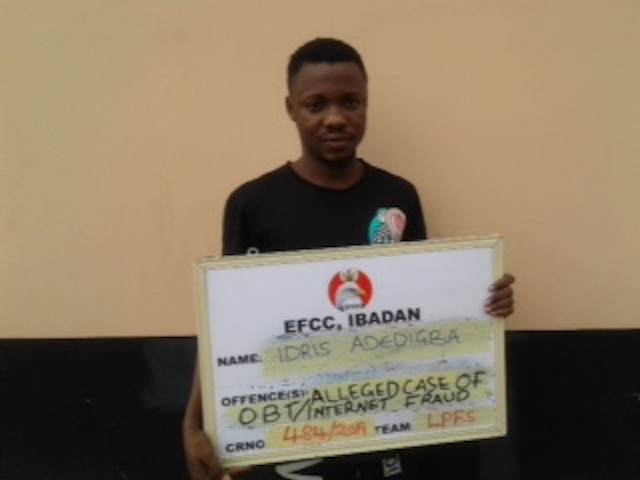 Two internet fraudsters, Idris Adedigba and Bola Seun Badejo were sentenced to six months in prison each on Friday by a high court in Ibadan, Oyo state.

Justice Patricia Ajoku of the Federal High Court, Ibadan found the two accused guilty of the one-count charge preferred against them by the EFCC.

The EFCC accused Adedigba and Badejo of fraudulent impersonation.They both pleaded guilty to the charges when read to them.

Adedigba was ordered to restitute $1,000 USD while Badejo will be returning $500 USD, both through the Federal Government.

Items to be forfeited include an HP laptop, Acer laptop, Nokia phone, Internet modem, Iphone 8 plus and Iphone X,