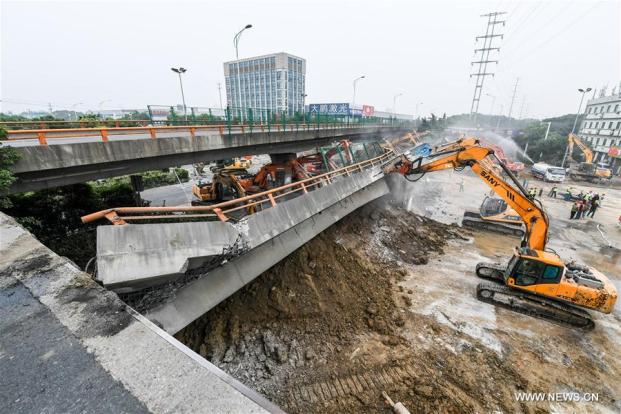 The site of an overpass collapse in the city of Wuxi, east China’s Jiangsu Province on Oct. 11, 2019 (Xinhua photo)

Three people were killed and two injured on Friday after a highway overpass collapsed in eastern China.

State media reported that the overpass collapse happened Thursday night in the city of Wuxi, in Jiangsu province.

“Three people in two of the cars were killed. Another car, which had been parked under the overpass, had no one inside. Five cars were driving on the overpass when it collapsed, but they were caught by the guardrail, leading to two people, being injured,’’ the authorities said.