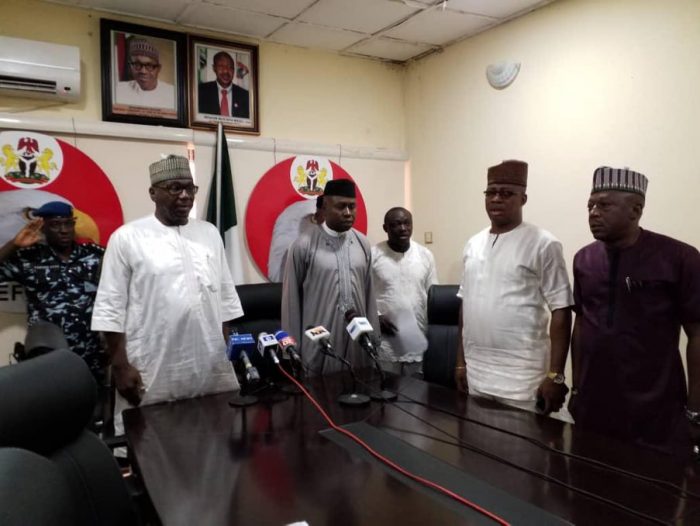 The Ilorin Zonal office of the Economic and Financial Crime Commission (EFCC) on Friday presented a sum of N112 million recovered from treasury looters to the Kwara State Governor, Mallam Abdulrahman Abdulrazaq.

Speaking during the presentation at the office of the EFCC in Ilorin, the Zonal Head, Isyaku Sharu said the Zone which started its operations in February has achieved a lot in terms of assets recovery and conviction of corrupt individuals.

“We have 29 convictions and over N500 million recovery for both assets and cash; part of this recovery is the N111, 428, 891.00 cash recovered for the Kwara State Government.

He added that he was mandated by the acting chairman of the Commission, Ibrahim Magu to present a draft for the recovered fund, while assuring of the agency’s steadfastness in ridding the state of all acts of corruption and other economic crimes.

In his response, Governor Abdulrazaq thanked the EFCC and disclosed that the cash would be used for the social investment programme in the state to lift poor people out of poverty.

“We are overwhelmed because history is being made in Kwara state with the return of our monies recovered by the EFCC especially now that there are many projects to embark on.

“We would let our people know that it is the money realised by the EFCC we are giving them so that they can pay back when they get the loan. It will help to lift thousands of people out of poverty,” he said.