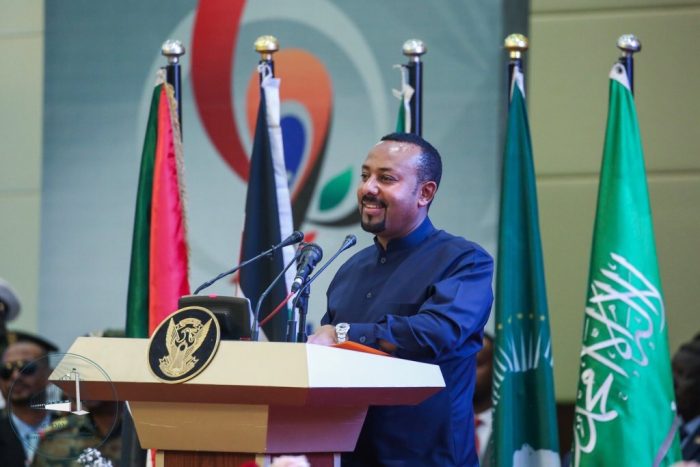 Ethiopian Prime Minister Abiy Ahmed Ali has been awarded the 2019 Nobel Peace Prize, for his efforts to achieve peace and international cooperation, and in particular for his decisive initiative to resolve the border conflict with neighbouring Eritrea.

The award, the last in the series of prizes given in the sciences from Monday, was announced today in Oslo Norway. The Peace prize worth $900,000 will be presented in Oslo on December 10.

The Norwegian Nobel Committee believes it is now that Abiy Ahmed’s efforts deserve recognition and need encouragement. The committee hopes that the 2019 NobelPeacePrize will strengthen Prime Minister Abiy in his important work for peace and reconciliation.

In close cooperation with Isaias Afwerki, the President of Eritrea, this year’s Peace Laureate Abiy Ahmed quickly worked out the principles of a peace agreement to end the long “no peace, no war” stalemate between Ethiopia and Eritrea.

In Ethiopia, even if much work remains, Peace Laureate Abiy Ahmed has initiated important reforms that give many citizens hope for a better life and a brighter future. As Prime Minister, Abiy Ahmed has sought to promote reconciliation, solidarity and social justice.

His office said Ethiopia is proud as a nation for being recognised for the much coveted award.

Here is the press statement issued in reaction:

The first African recipient of the Nobel Peace Prize was South Afica’s Albert Luthuli in 1960, for his role in the non-violent struggle against apartheid. He was then the President of the African National Congress.

In 1978, Egyptian President Anwar Sadat shared the prize with Israeli Prime Minister Menachem Begin for their efforts to reach a peace agreement between their two countries.

Archbishop Desmond Tutu got the prize in 1984 for his anti-apartheid work. In 1993, African icon Nelson Mandela shared the prize with F.W. de Klerk.

In 2001, former UN Secretary-general was honoured with the award. In 2004, Kenyan environmentalist Wangari Maathari was also given the award.

Medical doctor Dennis Mukwege of Congo Democratic Republic shared the award with Iraqi Yazidi human rights activist Nadia Murad. Mukwege is a Congolese gyneacologist and Pentecostal pastor, who founded and works in Panzi Hospital in Bukavu, where he specializes in the treatment of women who have been raped by armed rebels.