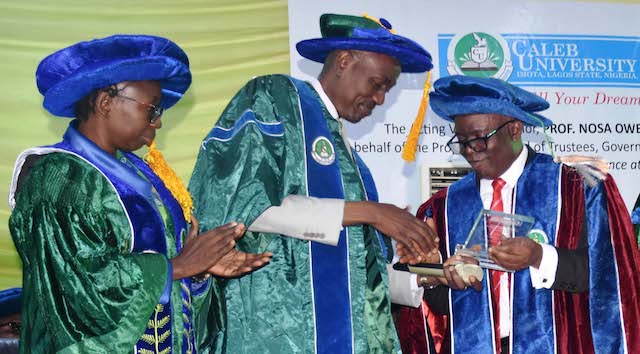 Mr Femi Falana, a Senior Advocate of Nigeria (SAN), on Friday has called on all Nigerian universities to allow student unionism thrive so as to produce graduates who will be critical thinkers and not robots or zombies.

He lamented that instead of producing critical thinkers, our universities have specialised in producing robots, as the lack of student unionism in public and private universities is breeding zombies.

The legal luminary noted that students and staff unions would contribute meaningfully to the search for solution to the myriad of problems confronting the country if they are allowed to operate without fear of proscription.

“Our first generation universities were citadels of learning, as they promoted ideas and encouraged students to challenge the status quo.

“It is on record that some of the best legislators in the country were former members of the students’ parliaments.

“There were progressive lecturers who spoke truth to power without harassment from the management of tertiary institutions,” he said.

According to him, there must be a deliberate policy on the part of progressive students to take the National Association of Nigeria Students (NANS) back from the government.

Falana said effort must also be made to re-position NANS to defend and protect the interest of students.

“The other day, an alumnus of a private university was charged for cultism and cyber crime, denied bail and detained in a prison for many months for criticising the facilities in his alma mater.

“Six lecturers have just been dismissed in another state university for exposing mismanagement of the funds allocated to the school.

“To cover up such corrupt practices and other iniquities, the management of the university have subjected all academic and Non-Academic staff to swear to an oath of secrecy,” he said.

The SAN said the laws of the land and the rules and regulations of every tertiary school should be observed and respected by all and sundry.

According to him, it is only by following laid down rules that impunity and abuse of office could be fought and defeated in the society as a whole.

Falana, however, charged Nigerian graduates and youths to team up with people of like minds to engage in political activities.

He said the politics of the country should no longer be left in the hands of professional politicians who have proven themselves incapable to address the crisis of underdevelopment.

The eminent lawyer said the development of Nigeria depends on its great human assets, especially the youth, as you cannot develop a knowledge economy without huge deliberate investments in human capital in the areas of education and health.

Falana said that the future of Nigeria is not oil but the economy has to be opened up and expanded to create jobs because without industrialisation the economy could not develop.

Prof. Nosa Owens-Ibie, Acting Vice -Chancellor, Caleb University, said that the institution churned out 733 graduates compared to 409 and 477 graduates it produced in 2017 and 2018 respectively.

Owens-Ibie said out of the 688 graduates, 556 are undergraduates and 179 postgraduates.