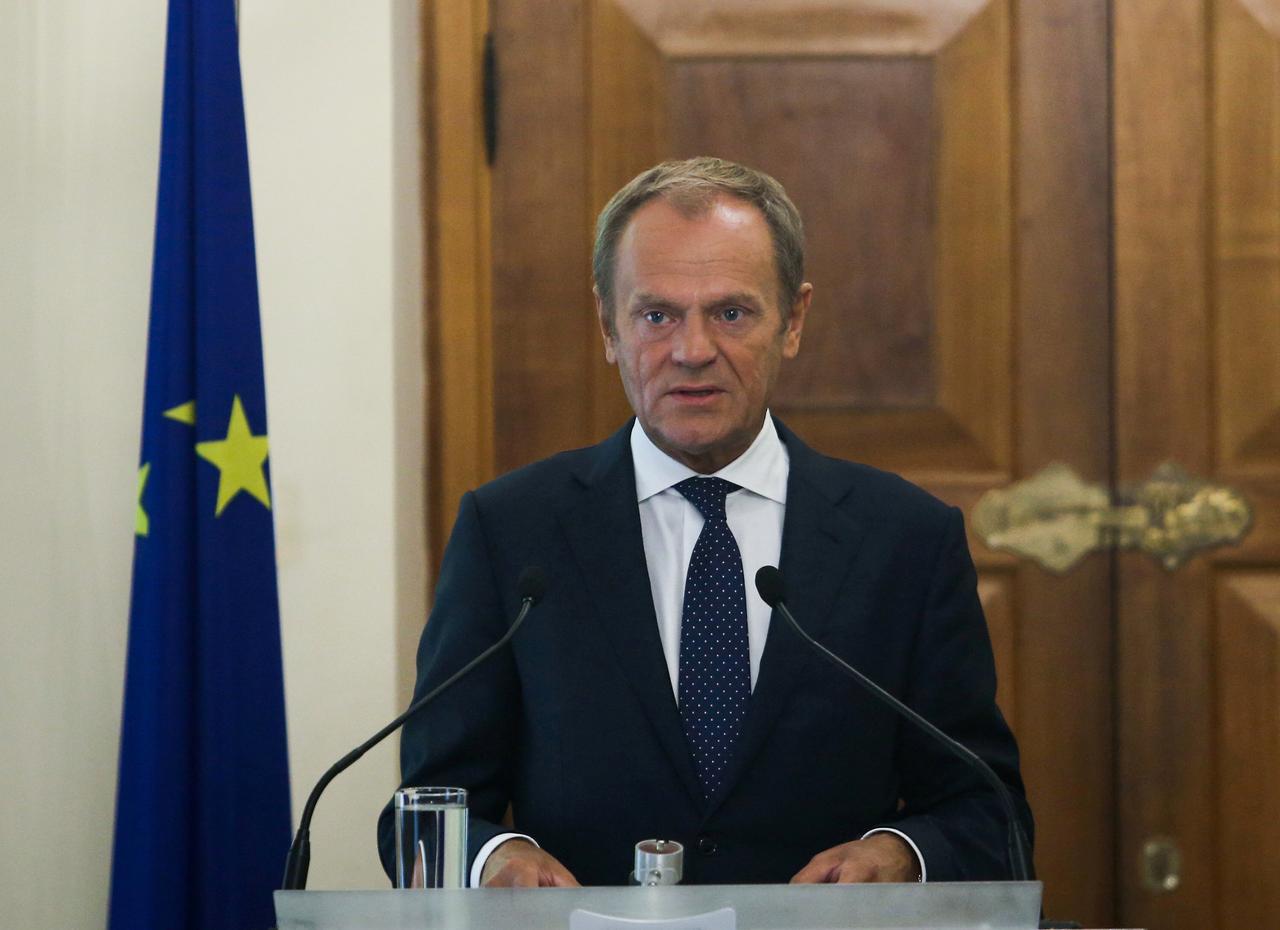 EU threatened sanctions against Turkey on Friday over its offensive in Syria, angrily rejecting President Tayyip Erdogan’s warning that he would “open the gates” and send 3.6 million refugees to Europe if they did not back him.

The European Union had condemned the Turkish offensive but has been even more infuriated by Erdogan’s threats to send refugees to Europe.

“We will never accept that refugees are weaponized and used to blackmail us,” European Council President Donald Tusk, who chairs EU summits, said on Twitter. “President Erdogan’s threats … are totally out of place.”

Turkey, which is not a member of EU, but aspires to be, has come under the bloc’s scrutiny and attacks over its human rights record.

Further piling pressure on Ankara ahead of an EU foreign ministers’ meeting on Monday and a summit of EU leaders on Thursday, Cyprus and Greece urged economic sanctions against Turkey over Turkish gas drilling in waters off southern Cyprus.

A senior EU official said the European Union was spending 6 billion euros ($6.63 billion) on supporting the Syrian refugees currently living in camps inside Turkey, adding that “to use this as leverage is unacceptable”.

Ankara says its assault in Syria aims to defeat the Kurdish YPG militia, which it sees as linked to militant Kurdish separatists in Turkey. It says it wants to create a “safe zone” to return millions of refugees to Syrian soil and that Europe should pay for it, a plan the EU has rejected outright.