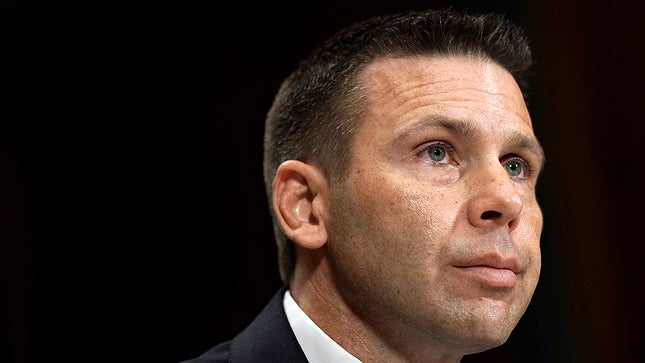 McAleenan was appointed by Trump in April following the resignation of Kirstjen Nielsen.

“Kevin McAleenan has done an outstanding job as Acting Secretary of Homeland Security. We have worked well together with Border Crossings being way down,” tweeted Trump, who tapped McAleenan to lead the department earlier this year.

“Kevin now, after many years in Government, wants to spend more time with his family and go to the private sector,” Trump tweeted. “Congratulations Kevin, on a job well done!”

Trump said that he will announce McAleenan’s successor next week, adding: “Many wonderful candidates!”