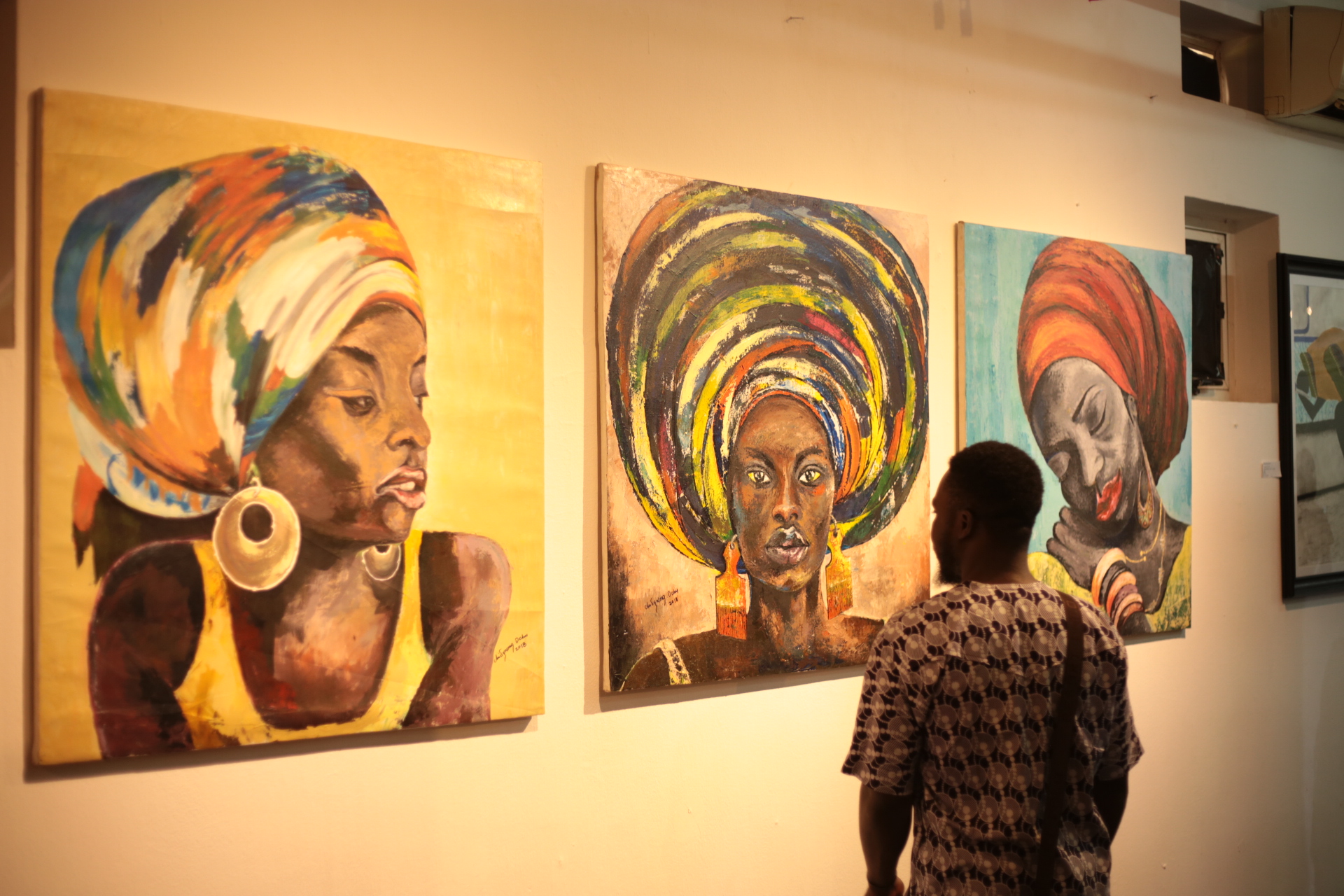 Nigerian artists and painters, Chidynma Ochu and Ronke Komolafe have exhibited the collections of their paintings and drawings called ‘Beautiful: The Exposition’ on Sunday at the Freedom Park, Lagos.

The exhibition, which was curated by a Lagos based Art curator, Kenni Ekundayo, also featured a documentary — Eye of An Artist — that presents interviews with a number of artists across Lagos State and a display of selected works of art from private collections.

According to the curator, Kenni Ekundayo, the project brings to bear elements that shape or have shaped the artist’s definition of beauty, ranging from aesthetic compositions to experiential leanings and process, all of which have been succinctly presented through their works, their words and collector’s intervention.

She said the project took her eleven months to put together but that it was worth it as the whole project has added value and intellectual wise.

“The show is a display of paintings and drawings by Ochu and Komolafe; and a documentary presenting a compilation of interviews with 19 artists with diverse training, orientation and duration of practice — spanning two years to five decades. The exhibition features a special section on works from select private collections.

“It took me eleven months to put this together, although I started meeting people about four months ago. There was no day off for me in terms of putting this together because it is a very complex project, you cannot easily combine or trying to get people together. It demanded my full attention.”

“I can’t complain because this year has been good in terms of value, intellectual wise and of course I have other projects and even at that I have to dedicate my time to this project since December,” she added.

Ekundayo further said the essence of the project is to showcase how artists relate themselves emotionally and remember to tell people about what brought them into the art in the first place.

The project also featured a prelude book presentation “Beyond Aesthetics: Use, Abuse And Dissonance In African Art Traditions” written by Nobel Laureate, Professor Wole Soyinka,  who is also an enduring art collector.

The book is a continuation of his three-part Richard D. Cohen lectures delivered at Harvard in 2017.

According to Soyinka, the book offers an insight into his motivations, as well as a highly personal look at the politics of aesthetics and collecting.

“What happened was this, I was sitting in my office quietly, minding my own business and this young lady here, Kenni Ekundayo came in and informed me about this exhibition and I was intrigued by the title, ‘Beautiful’ and for me, it operates on so many levels.”

“First of all the immediate, there isn’t real much beautiful happening to us in this nation and whenever somebody is bold enough to say or offering us a dose, I think we should try and get an overdose; it is because we live in such an ugly environment with ugly things all over the place.”

“And it so happen that this book is under publication by YALE University Press, just a series of lectures I delivered together with an exhibition of some items from my private collection and by coincidence this young lady actually came to me to see if she could borrow some of the items in my collection just to signify to modern activities productivity which was going to be exhibited here.

“Some of these items have been to Haiti, Italy and somebody is saying she wantz to stage an exhibition and it is entitled ‘Beautiful’ and has to do with creativity and I have a book which included the items which she wanted to borrow. It was like so many things coming together. So I said if I rush my publisher in time, we might be able to bring forward the publication of this book and let’s all do it together. That’s how it all came about.

“So today really has nothing to do with me as such. It is a pre-launch because there will be a proper publication. But one thing we need to oblige to mention even at a pre-launch, I said there are so many ugly things happening to us which some people are responsible or claimed they are not responsible and I get into an argument with them. Their names I have promised my friends I will never mention again, so if you find any such name in this book, have patient, don’t just say what on earth is it doing there? Believe me, it’s all related, the studies and notions of beauty and believe me it is a very nice introduction of this individual and it enables me to prove to people that I don’t hate anybody, I just hate what they do so when you see it, it is to acknowledge that this is another human being. Power can be very ugly but this is human being anyway behind the power because I don’t want to see the name and scream on internet that Wole Soyinka ‘don come again’, he hates this man, he couldn’t help but to mention his name but please read it and get a notion of how human beings normally relate when they’re not being exploitative or phony,” he explained.

The featured collections include that of Professor Wole Soyinka, Mr. Alexander Nwude and Mr. Ifeanyi Orakwue.