C/River lawmakers call for rehabilitation of roads in Calabar 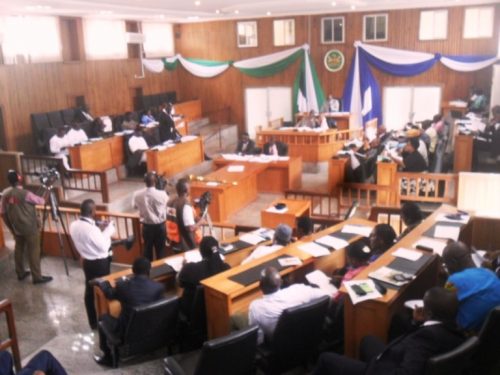 Cross River House of Assembly has called on Gov. Ben Ayade to immediately commence the rehabilitation of deplorable sections of roads in the Calabar metropolis.

Mr. Hilary Bisong, member representing Boki 2 in the Assembly, who moved the motion in the house on Monday in Calabar, said the government was responsible for the provision of good roads for the people.

Bisong explained that it was the responsibility of the government under Sec. 20, Chapter 2 of the 1999 constitution as amended, to protect and improve the environment to safeguard water, air, land, forest, and wildlife.

According to him, road infrastructure is an integral part of the environment which enhances the free movement of people, goods and services which is the mainstay of the economy.

“The issue of having good and accessible roads cannot be overemphasised as it adds to the exquisiteness of the state and attracts tourists to the state. The repair of roads should not be done during December because of Carnival.

“Some major roads and streets in the state are in deplorable and despicable state and need urgent attention. The state government should take urgent steps to return Calabar metropolis to its exquisite state,’’ he said.

Bisong wondered why the state Road Maintenance Agency was not carrying out the instructions of the state government by maintaining and rehabilitating failed portions of roads in Calabar metropolis.

On his part, the Deputy Speaker of the House, Mr. Joseph Bassey, expressed dissatisfaction with the road network, adding that the road maintenance levy paid by citizens must be investigated to ensure judiciously use.

Mr. Godwin Akwaji, who represents Obudu State Constituency, called on the Ministry of Works and Road Maintenance Agency to rise to their duties by addressing deplorable roads in Calabar metropolis.

Speaker of the House, Mr. Eteng Jonah-Williams, reiterated the 9th Assembly’s commitment to legislation which would benefit the citizens. He charged the House Committee on Works and Infrastructure to investigate the activities of all government agencies responsible for road maintenance.