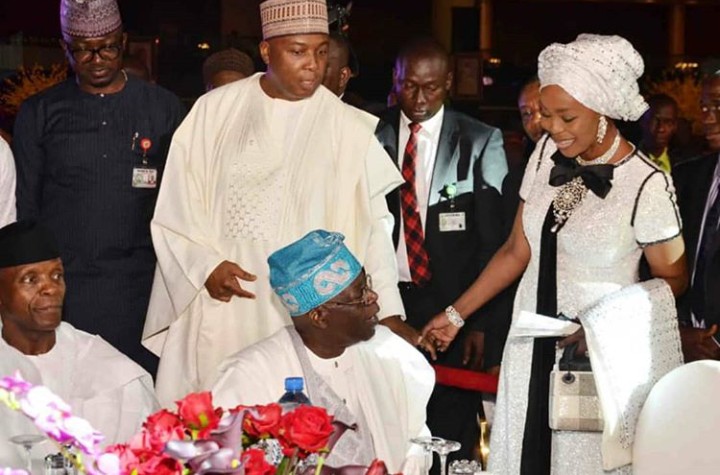 We invite our readers to write the most imaginative caption for this photograph at the weekend, showing Vice President Yemi Osinbajo, Asiwaju Bola Tinubu, Toyin-Ojora Saraki and former Senate President, Bukola Saraki.

The four were captured in Lagos at the 60th birthday of Hajia Bola Shagaya, who is Osinbajo’s in-law.

What could Toyin-Ojora Saraki be saying to Asiwaju? Blaming him for Otoge Revolution, that swept her hubby out of Kwara and the senate? Was Asiwaju saying he didn’t invent ‘Otoge’?

Whatever was going on here, we must say that Toyin is a thorough-bred Yoruba woman, who on any day, must stop to greet her elders, no matter the political differences.

Over to you, let’s read your creative captions. We shall announce a winner and give a N20,000 prize.