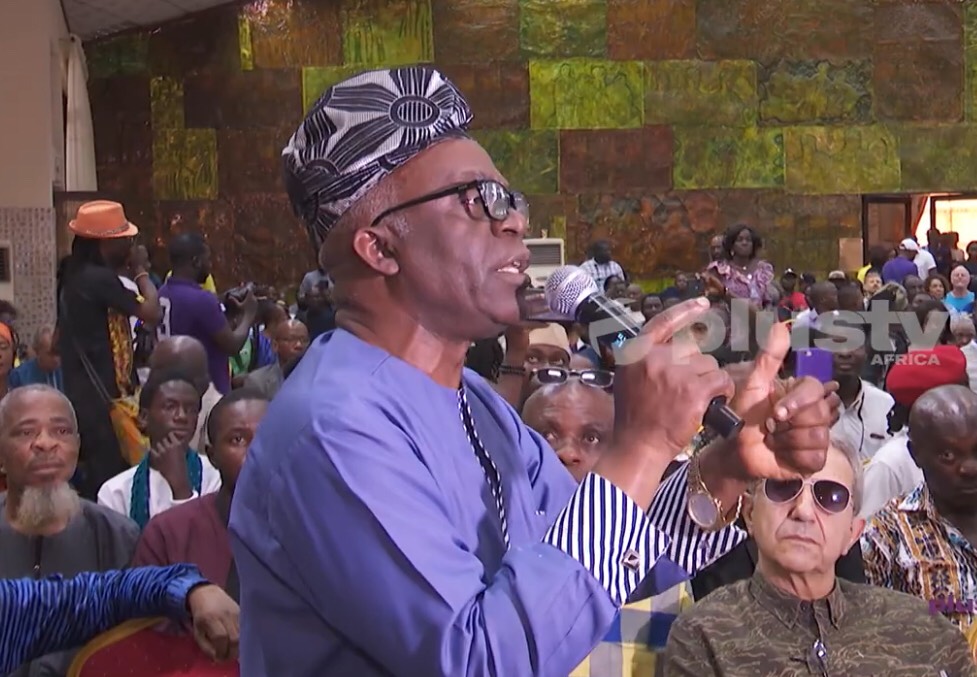 Human rights activist and Senior Advocate of Nigeria, Femi Falana has accused Kingsley Moghalu, the Presidential candidate of Young Progressive Party, YPP during the 2019 presidential election of taking up an appointment from President Muhammadu Buhari’s led administration after discarding his political party, YPP.

Falana made this accusation at 2019 Felabration symposium; “The FELA Debates,” a segment of the annual festival in honour of the iconic Legend, Fela Anikulapo Kuti, held at the NECA HOUSE, Lagos.

According to him, the current administration celebrated opportunism by decorating Kingsley Moghalu who ‘discarded’ his own political party for personal gains.

“I think it is unfair to single out Dr. Moghalu for recognition, we should not celebrate opportunism. Here is a politician who contested under a platform of a political party who has now moved conveniently to the APC, they have just given him an appointment and he has now discarded his own political party, I don’t think that is fair for us,” he protested.

The professor of International Business and Public Policy who was at the event but left before Falana had a chance to speak later took to his twitter handle to deny the claims, saying it was not fair to be crucified on the basis of mistaken identity or coincidence of names.

I did not receive any appointment from the APC administration! Chief George Moghalu (no relation), an APC stalwart, did! Not fair to be crucified on the basis of mistaken identity or coincidence of names.! https://t.co/z60kmU3QfP

President Muhammadu Buhari had appointed the National Auditor of the All Progressives Congress, APC, George Moghalu as the new Managing Director of the National Inland Waterways Authority (NIWA).