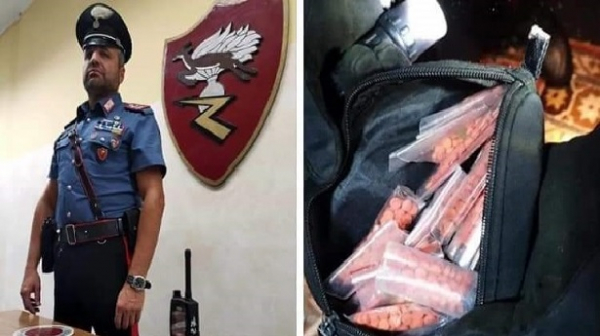 Right, part of the Yaba drug seized in Italy

The Italian Carabinieri police corps said that more than 31,000 pills of Yaba, known as the `madness drug,’ have been seized in a large-scale operation.

The raid was carried out last week but publicised Monday on the Carabinieri’s Twitter account, as one of the biggest seizures of this dangerous drug.

The pills, sold among the Bengali community, were seized in Rome following an investigation that started in the Venice area, Venice Carabinieri officer, Emanuele Spiller told dpa.

Yaba pills are a mixture of methamphetamine and caffeine, and are popular in south-eastern Asia.

According to UNODC, the UN drugs agency, “Users get an intense ‘burst’ of energy, followed by increased activity, decreased appetite and a general sense of well-being.

According to the agency, the effects wear off, the user crashes and experiences prolonged periods of sleep and depression.

UNODC also warns that excessive doses can result in convulsion, seizure and death from respiratory failure, stroke or heart failure.

The drug can trigger aggressive and violent behaviour, and psychiatric disorders have also been associated with its use.