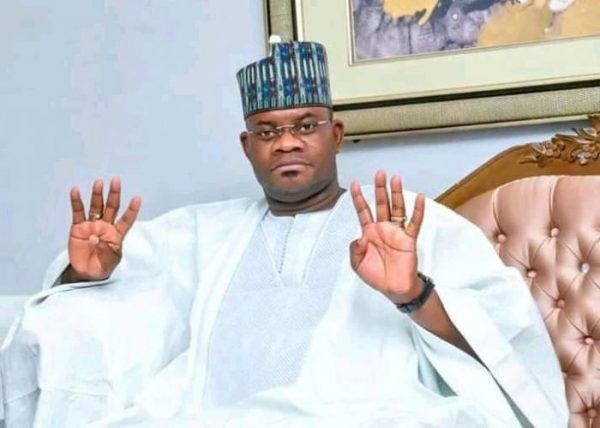 Akpoti is challenging the eligibility of Gov. Yahaya Bello to contest the Nov. 16, Kogi Governorship election, alleging double registration against him.

Mohammed, who recently, pulled out of the governorship election, made the appeal in a statement released in Abuja on Tuesday.

He said: “While I take exception to the way and manner INEC disqualified Akpoti, I like to state that, the Governorship contest as it is now, is beyond Bello.

“It is now a project of Ebira nation and Bello is just the symbol of that project.

“I recognise that Akpoti’s disqualification left sour taste in the mouth but she should realise that if for any reason, Bello is disqualified (God forbid), due to her court action, it will be a great pain to the Ebira nation.

” Those she assumes to be her ardent supporters from Kogi Central will be first to rise against her,” he said.

Mohammed said though he withdrew as Chairman and Governorship candidate of NPC, due to inadequacies associated with party politics in Nigeria, that had not vitiated his interest in which zone of the Senatorial districts produced the governor.

This he said became necessary in the interest of equity, justice and fair play.

” Akpoti should make this great sacrifice for Ebira nation by withdrawing her court suit. By so doing, she will be contributing to continued peace in Ebira nation, and her name will be written in Gold,” he said.

Mohammed, who is a management consultant, described Akpoti as a young lady, energetic, full of potential and still in a position to represent Ebira nation in positions of higher responsibilities in the near future.