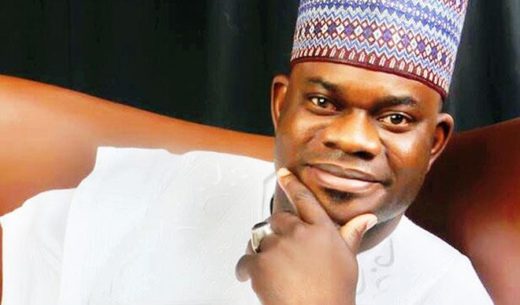 A group of non-indigenes in Kogi, on Tuesday, assured Gov. Yahaya Bello of their full support in the Nov. 16 governorship election in the state.

Mr Kelvin Uzochukwu, the Senior Special Assistant to the governor on Indigenous Matters, who led the group, assured that the non-indigenes in the state were fully behind the governor, saying he had performed well to deserve a second term in office.

”We, the non- indigenes in Kogi State, have unanimously agreed to endorse you as our first front leader and our candidate to lead us to the promised land by Nov. 16,” he said.

Uzochukwu noted that several meetings were held by the leaders of the non-indigenes in the state where they jointly resolved to endorse the candidacy of the governor for a second term.

According to him, more than 13 communities of non-indigenes, including the Hausa, Isoko, Urhobo, Igbo, Akwa-Ibom, Edo, Benue, Idoma, Tiv, Ijaw, Itshekiri, Yoruba and Fulani, among others, across the 21council areas of the state, had endorsed the governor.

He noted that most of the non-indigenes were beneficiaries of the state government’s empowerment programmes such as award of scholarships and provision of grinding and sewing machines.

The governor’s aide noted that almost all the members were already in possession of their permanent voter’s cards (PVCs), assuring that they would cast their votes for the governor.

In his remarks, the Chief of Staff to the governor, Mr Edward Onoja, who received the letter of endorsement on behalf of the governor, thanked the group for the gesture, saying such an endorsement had never happened in the history of the state.

He said that the governor had been able to unite the people of Kogi, particularly members of other ethnic nationalities through various appointments under his government, adding that Bello was a listening leader.

”Nigeria is one and it is the only country that we have; home is home. The God that made us of different ethnic nationalities as a country never made mistake; He only wanted to tap into that advantages inherent in that diversity,” he said.

The chief of staff stressed that the governor had exhibited the quality of a good leader by making him (Onoja), an Igala man, his number one confidant, against all odds.

This, he said, had never happened in the history of the state, which he described as an epitome of one Nigeria.

Onoja added that the governor had been able to bring about religious tolerance, security and peace, saying, “Bello has proven it in Kogi State.”

He, therefore, urged the people to go back to their various communities and localities to mobilise support for the governor, saying, ”there are good qualities in this young man that we cannot afford to throw away.