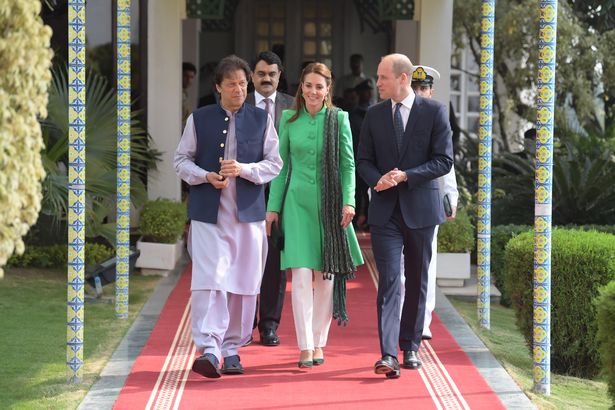 The five-day visit, which will end on October 18, has been organised at the request of the UK’s Foreign and Commonwealth Office. The trip was the first of its kind undertaken by any member of the British royal family to Pakistan in 13 years.

According to a statement from Kensington Palace, the British royal couple will visit Islamabad, Lahore, Gilgit-Baltistan and rugged border regions to the west, Dawn news reported. The visit will span over 1,000 km and will take in Pakistan’s rich culture, its diverse communities, and its beautiful landscapes, it added.

This trip comes 13 years after William’s father Charles, the Prince of Wales, and the Duchess of Cornwall, Camilla Parker-Bowles, had travelled to Pakistan in 2006 to visit the areas devastated by the October 8, 2005 earthquake.