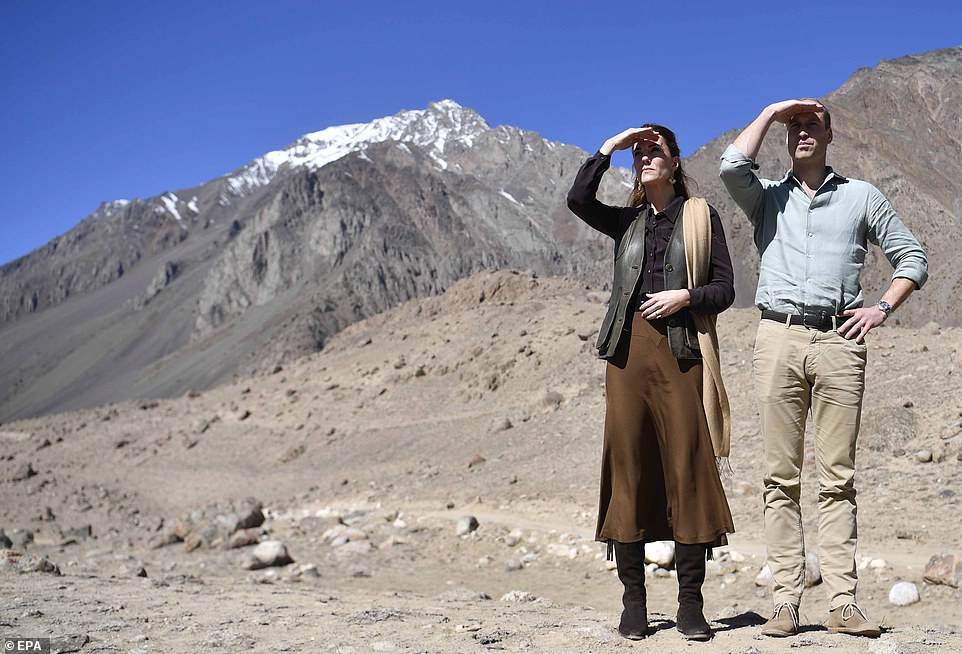 The Duke and Duchess embarked on a remote location in the Hindu Kush mountain range in northern Pakistan on the third day of their royal tour. Image via Daily Mail

Britain’s Prince William and his wife Kate on Wednesday visited mountain communities in northern Pakistan to witness the devastating impact of climate change.

On the second day of their royal trip, the couple arrived in the town of Chitral where the frequent outburst of glacial lakes forced thousands to flee their villages in recent years.

Once a favourite destination for foreign and local tourists, the town nestled in the Hindu Kush peaks was hit by flash floods and has been affected by land erosion.

The Duke and Duchess of Cambridge will meet local communities to learn how they survived the devastating climate change, the British high commission in Islamabad said.

The couple was originally set to travel to the eastern city of Lahore, but the plan was altered at the last minute due to security concerns, officials at the Foreign Ministry said.

The couple was given a warm welcome as they landed in Chitral and was given a traditional gown and cap made of fur, television footage showed.

William’s mother Princess Diana also visited Chitral on her first trip to the country in 1991 and was gifted the same dress by the local communities.

William and Kate will also travel to a valley in Chitral to meet an ancient community thought to be the descendants of soldiers who came to the region with Greek
warrior Alexander the Great.