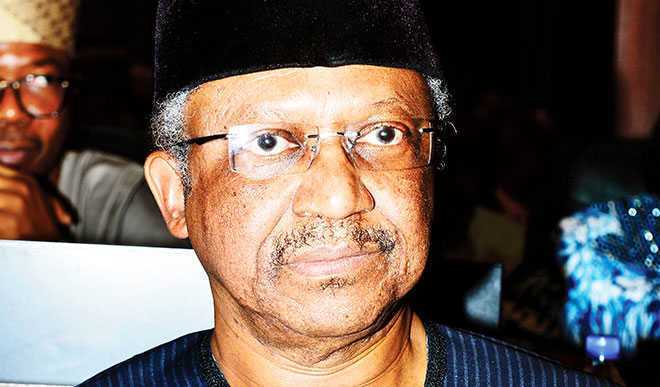 The Minister of Health, Dr Osagie Ehanire, has said that oncological services were very expensive in Nigeria due to the stages of diagnosis involved in confirming cancer diseases.

Ehanire said this at the ongoing annual National Health Dialogue in Abuja on Tuesday.

He regretted that the majority of cases were diagnosed in the late stages, saying that early detection of cancer could greatly increase the chances of successful treatment.

The dialogue was organised by Premium Times, an online news medium, Project for Advocacy in Child and Family Health (PACFH), Project Pink Blue and the Nigerian Governor’s Forum (NGF).

The two-day event has the theme: “Universal Health Coverage – The role of State and Non-State Actors in Healthcare funding.”

The minister was one of the panellists during the discussion on “Cancer Control in Nigeria: Sustainable Strategies from Primary Health Care to Tertiary Referral Centres”.

Ehanire expressed concern about the high prevalence of cancer, hinting that the government would continue to explore ways of working around to increase support to cancer patients.

He admitted that not all the hospitals across the country had what it takes to detect cancer early, lamenting that most cases escalate beyond control before they are detected.

“Diagnosis, treatment and care of cancers are expensive because of the exacting nature required at each of the stges.

“Unlike any other treatment, cancer must be specifically diagnosed and confirmed before commencing treatment.

“A doctor cannot say you have cancer today, commence treatment and then say sorry, it’s not cancer tomorrow.

”He must make sure, beyond suspicion, and confirm the diagnosis. That costs more,” he stressed.

He stated that health in the country was still a work in progress and involves all Nigerians as partners.

The minister said that the nation’s economy had several challenges to deal with, adding that the National Health Insurance Scheme(NHIS), could only carry some levels of cancer surgeries and chemotherapy.

He, however, called on governmental and non-governmental organisations involved in creating awareness about cancer and building support for cancer patients, to intensify advocacy to the appropriate authorities and institutions.

Ehanire suggested the institutionalisation of innovative healthcare financing such as special taxes on smoking and telecommunication, with proceeds dedicated to funding healthcare for the vulnerable in the country, as well as cancer patients.

The minister, in an interview with NAN, disclosed that the ministry had inaugurated the Nigeria Immunisation Technical Advisory Group (NGI-TAG) members.

Ehanire said that members were saddled with the responsibility of reviewing and recommending potent vaccines into the routine immunisation schedule in the country.

He said that they were also expected to provide independent, informed, evidence-based recommendations around new vaccine introductions, adding that the appointment was for three years.