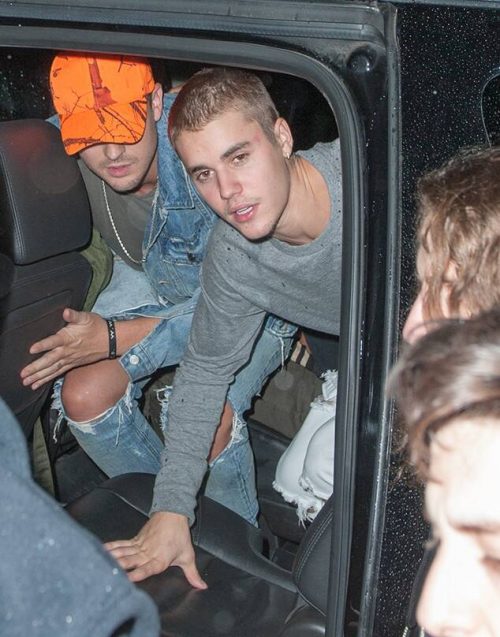 The photo Bieber published without authorisation

Photographer Robert Barbera has sued Canadian singer Justin Bieber for posting a photo of himself.

According to Eonline.com, Barbera filed a lawsuit against the singer for copyright infringement over a picture Bieber posted on Instagram.

In the court documents, obtained by E! News, Barbera says that this action arises due to Bieber’s “unauthorized reproduction and public display” of the copyrighted photograph, which is owned and registered by Barbera.

“Barbera is the author of the Photograph and has at all times been the sole owner of all right, title and interest in and to the Photograph, including the copyright thereto,” the documents state.

The photo in question is one that Bieber posted to his Instagram on March 13, showing him in a car with his pal, Rich Wilkerson.

Bieber is the second star sued by the photographer claiming copyright infringement.

Barbera also sued Ariana Grande after she shared pictures of herself on Instagram that received more than 3 million likes before the post was deleted.

Barbera said in a law suit Ariana didn’t have the license to the two photos she posted on Instagram in August 2018.

Khloe Kardashian was among the first people to be publicly pursued in one of these copyright cases.

She was sued for infringement in 2017 after posting a paparazzi photograph of herself visiting a Miami restaurant on her Instagram feed.

Jennifer Lopez and model Gigi Hadid, have have also been sued for posting paparazzi images on their social media accounts.