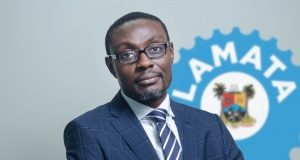 The Lagos State Government has begun enforcement of the ultimatum issued to transporters, road side traders in some areas in the state to vacate the roads to allow free-flow of traffic.

The government had issued a seven-day ultimatum to commercial bus drivers parking and picking passengers and traders trading on road sides to stop their nefarious activities as it would begin massive enforcement at the expiration of the ultimatum.

Officials of the Lagos State Ministry of Transportation, led by the Commissioner for Transportation, Dr. Frederic Oladeinde stormed Oyingbo and Iddo axis on Wednesday to monitor compliance with the ultimatum.

Government expressed satisfaction with the level of compliance with the traffic laws by the traders and motor unions at Oyingbo and Iddo axis.

Oladeinde stated that there was an appreciable level of success in the compliance by the traders and other stakeholders in the area, urging them to continue in that direction so as to free the metropolis of traffic gridlock as soon as possible

He explained that there would be regular monitoring and engagement of all relevant stakeholders to ensure total compliance with the state traffic laws and achieve ease in traffic flow as agreed at the Stakeholders meeting on Traffic Management Intervention Plan across the state.

Oladeinde expressed regret that most of the traffic gridlocks experienced in those 60 identified locations were caused by various human activities, occasioned by their non-compliance with the Law.

Accompanied by the Special Adviser to the Governor on Transportation, Mr. Oluwatoyin Fayinka; Permanent Secretary in the Ministry, Mr. Olawale Musa and other top government officials, the commissioner stated that the state government would consolidate on the success achieved at Oyingbo to ensure compliance in other identified locations.

At Otto Railway line in Oyingbo, the residents blocked the drainage channel with filth which compelled the commissioner to give a 24 hour ultimatum to residents of the area to clear the drains or face the wrath of the law.

He said constant blockage of drainage channels and erection of illegal structures and shanties on waterways was responsible for frequent floods, warning that the State Government would not condone any form of illegality capable of undermining government’s efforts at delivering good governance to the residents.

“When you block drainage channels just as you have done here, everywhere becomes flooded, because you have hindered free flow of water in this area by dumping your refuse into the drains, you have made the whole of these axes to be prone to flooding, we hereby give you 24 hours to de-silt this drain or face the Law” Oladeinde said.

The commissioner, who frowned at the illegal activities of commercial motorcyclists popularly known as Okada in the area, warned that the State Government would no longer condone their excesses.

Also speaking, the Special Adviser to the Governor on Transportation, Fayinka warned that any vehicle, motorcycle and tricycle caught obstructing free flow of traffic through illegal parking would be removed by relevant enforcement bodies, adding that the Ministry would be partnering with the Local Government Chairmen across the State to unlock the identified gridlock- points.

While commending leaders of traders and road unions at Oyingbo for ensuring compliance, Oladeinde appealed to Lagosians to bear with the State Government, assuring that various ongoing road rehabilitation across the State would improve traffic situation in the metropolis.