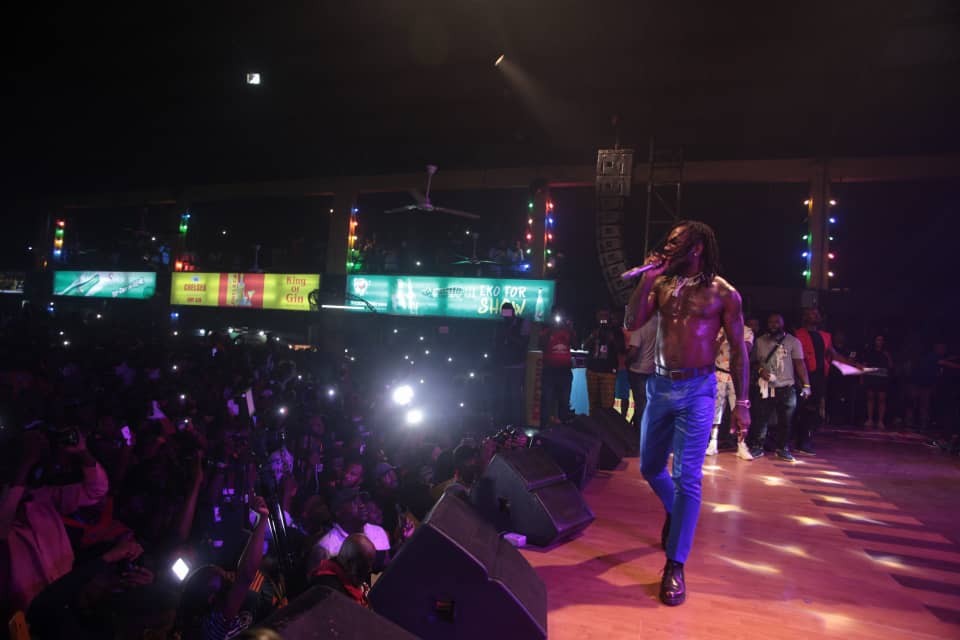 Afrobeat sensation and BET 2019 Best International Act winner, Damini Ebunoluwa Ogulu, popularly known as Burna Boy was at Afrika Shrine early today where he performed alongside other entertainers for Felabration 2019.

The much-acclaimed ‘African Giant’ who has by no means fallen short of expectations at the musical concert mounted the Afrika Shrine stage and thrilled fans with his electrifying performance.

As expected, Burna Boy took the centre of the stage, serenading, fans with hit singles like ‘Ye,’ ‘Dangote,’ ‘Tonight,’ ‘Killin Dem,’ “On The Low” and “Another Story,” a song which recounts the events surrounding the Nigeria’s freedom from British rule.

Felabration’s concert which is running under the theme ‘From Lagos With Love’, started at the New Afrika Shrine, on 14 October and will be wrapped up on 20 October, a non-stop party’ that celebrates the life and legacy of Afro-beat legend, Fela Anikulapo-Kuti, championed by Yeni Kuti.

Among the artistes of the night was one of the finest indigenous hip hop rappers in Nigeria, Sodiq Abubakar Yusuf,, popularly known as CDQ, who thrilled music lovers with some of his hits back to back from “Say Baba”, “Onye Eze”, “Nawo E Soke”, “Flex to “Were Yo” among others.

Nigerian rapper and the 2017 winner of BBNaija Double Wahala, Efe also graced the event with his popular hit ‘Warri’ which he performed with contagious energy.