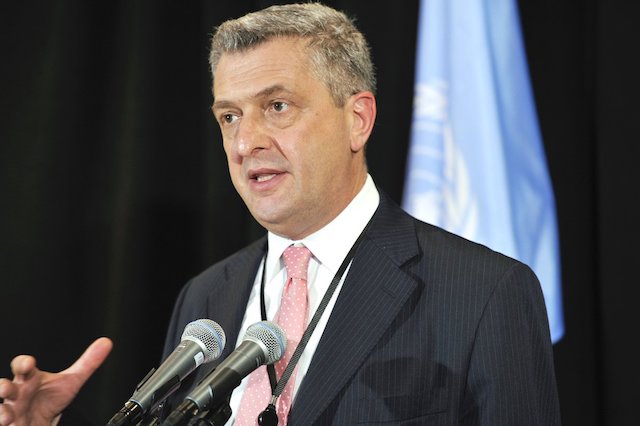 UN High Commissioner for Refugees (UNHCR) Filippo Grandi continued his talks with South African officials on Tuesday to address concerns of refugees and asylum seekers in the country.

Grandi will be in the country until Wednesday morning, and will have a series of meetings with state authorities, business leaders, UN and non-governmental organizations (NGO) partners and others, his office said in a statement emailed to Xinhua.

Soon after arriving in South Africa on Monday, Grandi met some representatives of refugees and asylum seekers, and they were joined by two refugee community leaders in Cape Town through a video link.

“I had a useful and constructive meeting with some refugee representatives today in Pretoria” Grandi said after the talks.

“I told them that UNHCR will continue to develop its dialogue with them, and that I will also discuss their concerns with the authorities during my visit in the country,” said Grandi.

The High Commissioner encouraged the refugees to continue to express their concerns in a peaceful manner.

According to Hélène Caux, UNHCR senior communications officer in South Africa, Grandi listened to the concerns raised by the refugees.

These concerns mainly linked to better access to documentation and information, the process to obtain refugee papers, as well as issues of personal security, said Caux.

Grandi’s visit came after some refugees and asylum seekers, including women and children, protested in front of UNHCR offices in Cape Town and Pretoria earlier this month.

The protesters accused the South African government of ignoring their plight, not only in Johannesburg where recent xenophobic attacks occurred but also in Cape Town.

Many refugees, mostly from the Democratic Republic of Congo (DRC), Burundi, Nigeria, Somalia and Pakistan, have asked the UNHCR to help them leave South Africa for fear of xenophobic attacks.

The UNHCR said earlier it was working closely with the South African authorities to continue providing protection through the issuance of appropriate identity documentation, and facilitate access to health care, education and employment opportunities for all refugees and asylum seekers.

According to official statistics, South Africa is home to about 268,000 refugees and asylum seekers, mainly from Somalia, Ethiopia, Zimbabwe and the DRC.