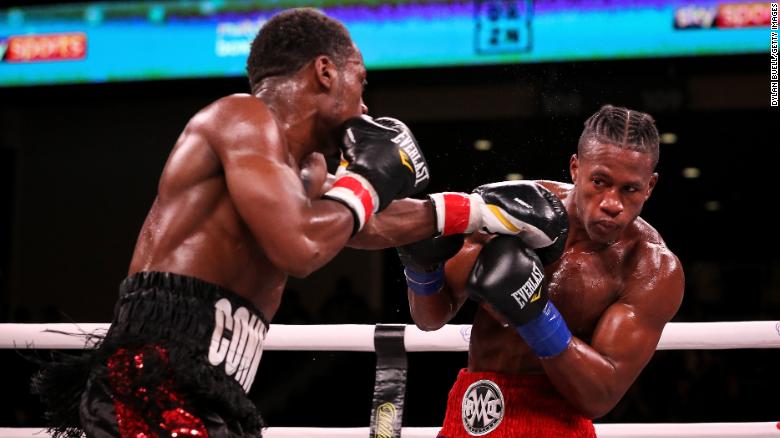 Patrick Day, right, was knocked down in the 10th round by Conwell on Saturday night in Chicago

The American was knocked out in the 10th round of the fight and received treatment in the ring before being stretchered out of Chicago’s Wintrust Arena by paramedics.

He was then rushed to Northwestern Memorial Hospital where he was placed in a coma and remained in an extremely critical condition over the next few days.

Day was fighting on the undercard of Oleksandr Usyk’s heavyweight win over Chazz Witherspoon.

He passed away on Wednesday surrounded by family and friends

Promoter Lou DiBella confirmed the news that Day had passed away on Wednesday ‘surrounded by his family, close friends and members of his boxing team, including his mentor, friend and trainer Joe Higgins’.

‘On behalf of Patrick’s family, team, and those closest to him, we are grateful for the prayers, expressions of support and outpouring of love for Pat that have been so obvious since his injury,’ DiBella said in a statement.

‘Patrick Day didn’t need to box. He came from a good family, he was smart, educated, had good values and had other avenues available to him to earn a living. He chose to box, knowing the inherent risks that every fighter faces when he or she walks into a boxing ring. Boxing is what Pat loved to do.