Collapsed building: Over 100 buildings marked for removal in Magodo 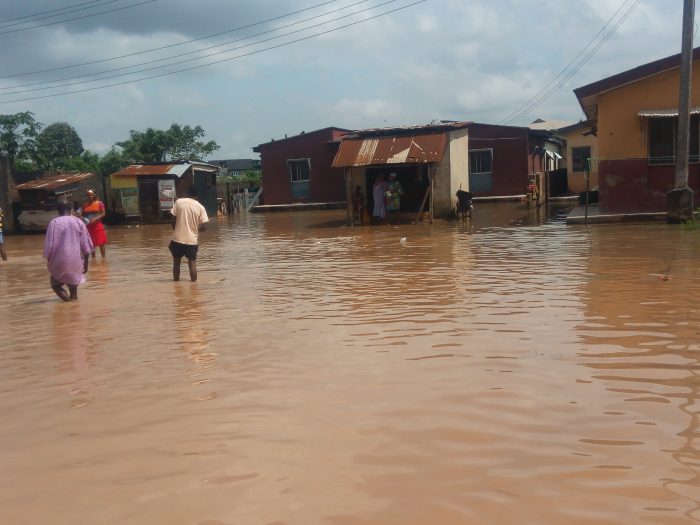 The Lagos State Government has marked over 100 buildings for removal in Magodo area of the state following the collapse of a building which killed a mother and her three children.

The woman and her three children died last Saturday after a house built on a hill collapsed on another at Otun Araromi area of Isheri – Magodo-Isheri.

Officials of the Lagos State Building Control Agency, LASBCA, led by the General Manager, Engr. Abiola Kosegbe were at Otun Araromi area of Isheri – Magodo-Isheri on Thursday to monitor illegal development in the area, especially Orisha waterfront where the collapsed building that killed four people occurred.

It was discovered that over 100 illegal buildings have been marked for removal in the waterlogged area to avert disaster. Residents were seen paddling canoe to get to their destination as flood had taken over the road and hundreds of properties.

“Definitely, this is a flood-prone area and is susceptible to flooding, before people can build here, there is supposed to be engineering feat that needs to be done here. We will come back here, properties that don’t have permit, then we will ensure they vacate their properties.”

According to her, notices had been given by the commissioner to residents of the area that they needed to vacate, as the area was not safe for habitation.

“This is a disaster waiting to happen. Not only that, the health hazards of living in this condition is serious. For properties up on the hill, we are equally going to serve them because we need to see their foundation design, their slope stabilisation method. Every single property, they will show us their development permits and details as to how they managed to build on that hills to prevent any slide, mudslide or whatever.

“Other areas similar to this topography in Lagos, we will visit them and ensure they do the right thing to prevent this from happening again. The issue is that there is no excuse, you can see the terrain,” Kosegbe added.