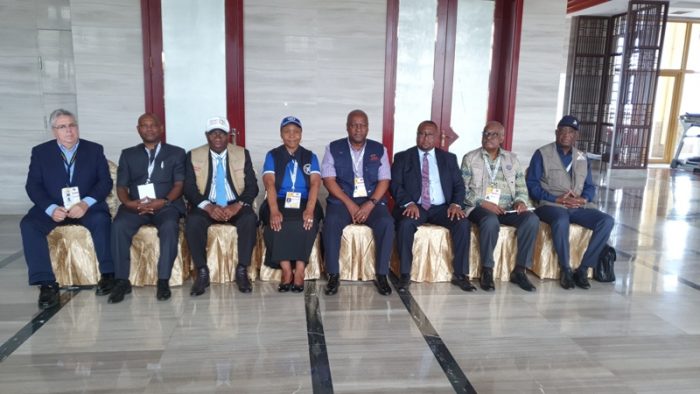 The African Union has described Mozambique’s October 15, 2019 general elections as peaceful and conducted in a transparent manner.

The Union which deployed a team of election experts and short-term observers to the southern African nation’s Presidential, legislative and provincial elections noted that voting stations opened on time, while polling was largely conducted in a calm and peaceful environment throughout the day.

Head of AU Election Observation Mission former President Dr. Goodluck Jonathan stated this in Maputo on Thursday while presenting the mission’s preliminary report at a press conference jointly held with many other election observation groups.

He recognized notable improvement in the legal framework and management of the elections, notwithstanding the nation’s political and security challenges

Declaring the process of voting as transparent, Jonathan further noted that in “all the polling stations we visited, polling staff were professional, knowledgeable and diligently followed the opening, voting, closing and counting procedures.”

The mission however observed that diligent application of the procedures made vote counting process cumbersome and slow.

He said: “In view of these findings, our initial conclusions are that the 2019 elections were well administered within an improved legal framework, while the political and security context remains uncertain. The Mission commends the various stakeholders for their invaluable contributions to achieving this milestone so far.”

Jonathan specifically recognized and commended “the government of Mozambique and RENAMO party for successfully negotiating the new decentralization arrangement, most important of which is the election of provincial governors for the first time as against the previous system where they were appointed by the President.”

He also commended Mozambique for adopting the necessary measures that enabled Diaspora vote in nine (9) countries describing it as “a laudable practice that ensures exclusivity in the electoral process.”

Among the key recommendations proffered for the consideration of stakeholders were the need to simplify the cumbersome accreditation process for civil society organisations interested in observing elections and putting in places measures to instil confidence in the accuracy of the voter register.