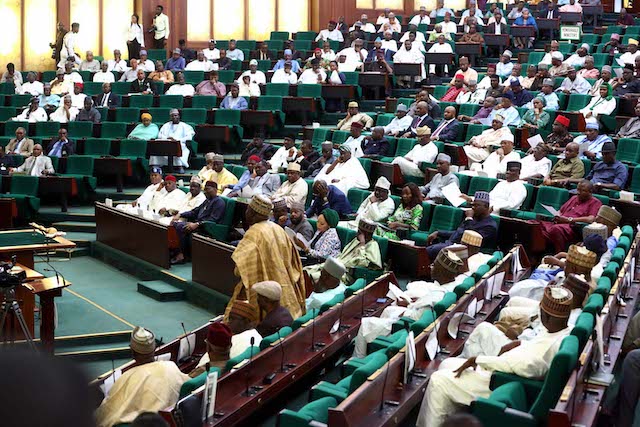 The House Committee on Power has queried the ₦127 billion 2020 budget allocation to the Ministry of Power.

The committee, chaired by Rep. Aliyu Dau (APC-Kano), queried the Minister of Power, Mr Saleh Mamman and the Permanent Secretary, Mr Louis Edozien during the ministry’s budget defence on Thursday.

The lawmakers raised concerns that the government was spending funds on the planned Mambilla Hydropower Project plant which was conceived over 40 years.

Edozien explained that several things had to be carried out before the project would be materialised.

“When you say there is nothing on ground it is a fact that there is no construction ongoing but with a project of this size and this importance, a lot of things happen under the surface before you start seeing things on ground.

“The first and most important step that must be taken is the studies that underpin the project that leads to a functional and effective contract.

“The engineering, procurement and construction (EPC) contract for the project is in place.

“The next thing is the total cost of the project is estimated at $5.73 billion; the construction cost is fixed in the EPC contract and many other costs that make up the cost.”

The permanent secretary reiterated that Presidents Buhari and Xi Jinping agreed, in 2018, that the Chinese Export-Import Bank would fund 85 percent of the estimated cost and the Nigerian Government will finance 15 percent.

He said the negotiations Chinese government’s loan was ongoing and was being handled by the Ministry of Finance.

He also said that that president established the Nigerian Infrastructure Development Fund, under the auspices of the Nigerian Sovereign Investment Authority, and had “raised and set aside 200 million dollars and they have made a commitment to raise the balance”.

“But their concern is that before they start releasing funds they must receive assurance that China Exim Bank will loan the principal sum on terms favourable to the country.”

Chairman of the committee raised concerns that that compensations had been paid to unknown entities in the 2019 budget under the Mambilla Project.

He, however, did not mention the amount.

“You are yet to identify the sight and we have been paying some compensation; in 2019 compensation was paid and I do not know to whom.

“I have interest, Nigerians have interest, President Buhari has interest on this Mambilla Project and we have to be able to achieve it within these next four years.

“Something has to start; we are here to ensure that we appropriate the money.”

A member of the committee, Rep. Sada Soli (Katsina-APC), however, suggested that the project be taken out of the ministry and given a “special purpose vehicle” if it were to be realised.

“My advice to you and the committee, if at all we want Mambilla to be achieved, his project mist be taken out of the Ministry of Power.

“It must have a special purpose vehicle; we have to do it the way MDPDC was done and those power stations were achieved within time without interaction from the ministry cutting all the red tapes from the bureaucrats because they are making money off this.

“The Ministry of Power, go and tell yourselves the bitter truth if at all you are interested in the progress of this country.

“What I want you to, and we are going to push it, is to get the project out of that ministry otherwise it will not see the light of day.

“Go back and present a memo to the president, get it out of that ministry, provide a special purpose vehicle for it and you drive it.”

The chairman, however, approved the budget of the ministry.