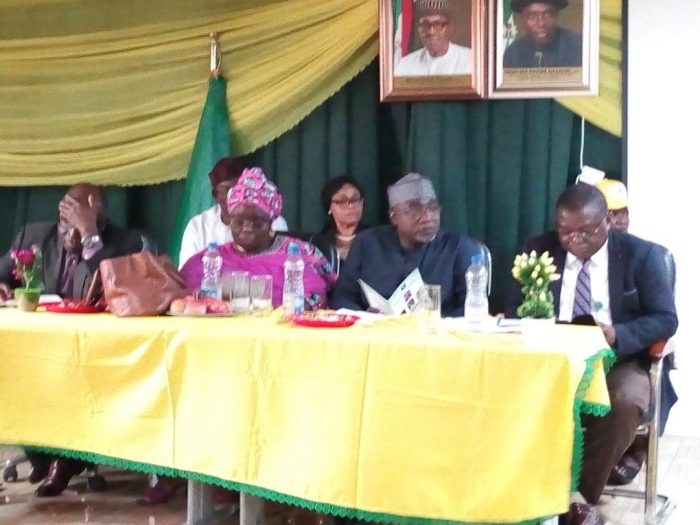 Stakeholders at the meeting

In a stakeholders forum held at Nigerian Ports Authority, Lagos port Complex Apapa on Sunday, key players in the in the sector jointly sent an appeal letter to the Managing Director of Nigerian ports Authority, Hadiza Balla Usman, to urgently provide lasting solution to the long existing challenge of access roads to the ports.

The stakeholders claimed the menace had removed some of them from business while some had become debtors in the course of trying to make ends meet.

Amongst the problems raised in the meeting was issue of insecurity and unreceipted $2500 daily charge at anchorage area which they said was uncalled for and pleaded that management of NPA should look into it and provide solid security at sea and quay area.

They complained that attacks by pirates was becoming alarming and inimical to the economic interests of people and government of Nigeria.

“The rate of attacks by these pirates is high, and if this continues unattended to, it might lead to diversion of cargoes to labouring countries which will cost the country loss of revenue and goods becoming more expensive to final consumers”, they reasoned.

The management, in its response to the issues raised, promised to create alternative roots for the time-being, while it would fast track the repairs of main access in order to put an end to the gridlock.

The stakeholders thanked the management and urged that its pledge be backed with actions.