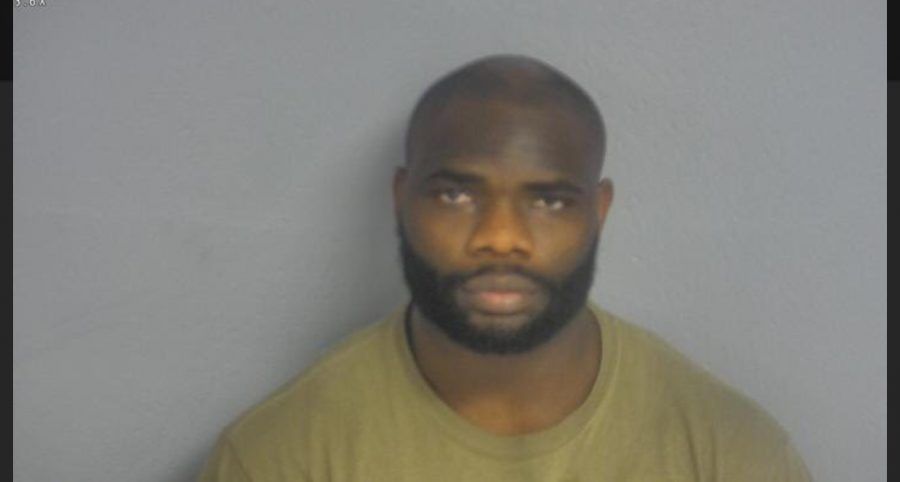 A 27-year-old Nigerian, Segun Prosper Otaru, who lived in St. Robert, Missouri, United States has been sentenced to four years and three months in federal prison without parole, almost a year after he was first indicted in November 2018 by by a federal grand jury.

According to US Department of Justice statement, Otaru was sentenced by U.S. Chief District Judge Beth Phillips on Friday.

The court also ordered him to pay $25,056 in restitution, and to forfeit the same amount to the government.

Otaru is a legal permanent resident of the United States.

According to court documents, Otaru entered the United States in April 2013, under apparently fraudulent pretences; contrary to the requirements of his student visa, he did not even begin his studies in the United States. The year after entering the United States, Otaru obtained lawful permanent status through marriage to a citizen.

On May 2, 2019, Otaru pleaded guilty to one count of conspiracy to commit wire fraud and one count of aiding and abetting the theft of public money. According to court documents, over the course of his five years in the United States, Otaru used 13 aliases and multiple bank accounts opened under false identities in order to move funds and perpetrate various frauds as a part of an organized crime network.

He admitted that, at least as early as 2016, he participated in a scheme to defraud people through various scams, such as posting internet advertisements on sites such as Craigslist.com for goods, services, and rental accommodations. Conspirators sought to induce individuals responding to the advertisements to pay for the goods and services, which they had no intention to provide.

For example, conspirators used existing pictures and descriptions of properties found from legitimate websites to create fraudulent Craigslist postings under properties for rent. When victims responded to the advertisement, conspirators instructed them to send a deposit in order to hold the property.

Otaru opened and maintained a series of bank accounts – some in his own name and in the names of various aliases. In order to open bank accounts using false names, Otaru obtained from his co-conspirators false identification documents, usually counterfeit passports and drivers’ licenses, purportedly issued by nations in Africa, such as Nigeria, Gambia, Ghana, Liberia, Sierra Leone, and South Africa. The false passports contained forged and counterfeit United States visas, as false evidence of the bearer’s evidence of authorized stay and employment in the United States.

In April 2017, U.S. Customs and Border Protection seized a package sent to Otaru from Nigeria that was manifested as “local body scrub.” In addition to a container of soap, the package contained four counterfeit passports (purportedly issued by Nigeria, Ghana, Liberia, and Sierra Leone) with four corresponding foreign driver’s licenses. All documents displayed Otaru’s picture but bore different names. All documents were fraudulent, and the passports further contained counterfeit United States visas.

In August 2017, U.S. Customs and Border Protection seized a package sent to Otaru from Nigeria that was manifested as “native suite and sandals.” Hidden in the soles of the sandals were four counterfeit passports (purportedly issued by Nigeria, Gambia, South Africa, and Liberia) with four corresponding foreign driver’s licenses. All documents displayed Otaru’s picture, but bore different names. All documents were fraudulent, and the passports further contained counterfeit United States visas.

Court documents note that following Otaru’s release from incarceration, it is expected that he will be removed from the United States.