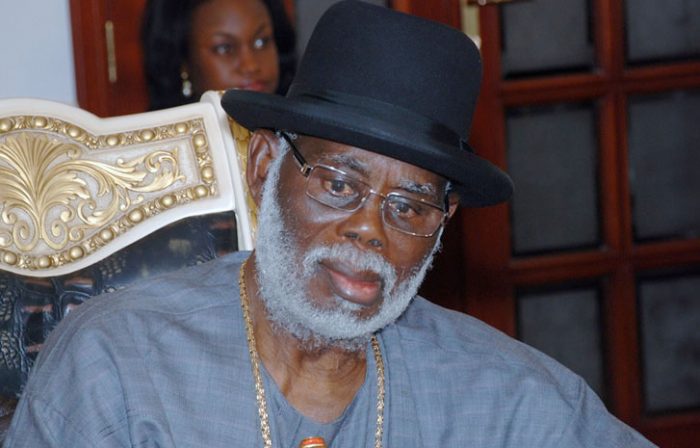 One can only laugh at the level of amusement caused by the writers imagination and belief that he can twist facts of a simple matter as to mystery surrounding the demise of High Chief Olu-Benson Lulu-Briggs who was reported dead in December 2018 on Ghanaian soil as claimed by the deceased’s wife Mrs Seinye Lulu-Briggs.

Mr Oraye St. Franklyne who has been recently hired by Mrs Seinye Lulu-Briggs to do the dirty job of misinforming the public and paint High Chief Dumo Lulu-Briggs as the person stopping the burial of his late father in his imaginative fictional write up said thus; “ The Ghanaian Police carried out the said order and has conducted an autopsy. The preliminary report of that autopsy was that the deceased was not murdered but died of Cardiac Arrest. However, the full Autopsy report including the Toxicology report is being awaited.”

If that is the true position of things then why is his principal Mrs Seinye Lulu-Briggs doing everything within her powers to stop the coroners inquest into the death of her husband if she has nothing to hide? https://www.graphic.com.gh/news/general-news/lulu-briggs-widow-moves-to-stop-inquest-into-husband-s-death.html

On the order of the Coroners court in Ghana, the court ordered thus;

1: An inquest should be conducted on the death of the deceased , Chief Olu Benson Lulu Briggs because I ordered for an autopsy to be undertaken on the deceased following an application by the Ghana Police Service (C.I.D Headquarters).

The report is yet to be submitted since July 2019. With this additional information to the one that forms the basis of the Police application, I have reasonable cause to believe that the deceased did not die a natural death and I therefore deem an inquest necessary and accordingly order for one to be done.

Given this simple order, one is forced to ask, “WHAT IS SEINYE LULU-BRIGGS AFRAID OF?”

If the Ghanaian Police as MrOraye St. Franklyne claimed in his fictional story, carried out an autopsy, why is the report not before the Coroners Court since July 2019 till date ?

Facts of the matter:

Mrs Seinye Lulu- Briggs is no doubt the wife of the deceased and rightly so too. That is not inn contention. However, one is also forced to ask some questions given the circumstances and facts gathered by the Nigerian Police Force and the Ghana Police Service and the InterPol .

Mrs Seinye Lulu-Briggs claims she and her husband, now deceased were travelling for holiday to Ghana and they hired a chartered plane from Port Harcourt International Airport. She also claims that same pilot/Captain of the chartered flight who had permit/authorization to land in Nigerian airport suddenly had no permit to land in Ghana Airport? To the point that the pilot had to depend on his passenger to get a landing permit for him from Ghana and kept the deceased on board the aircraft for upwards of 5 hours and 30 minutes before take-off?

Mrs Seinye Lulu-Briggs as custom requires anywhere in the world, upon demise of her husband has no business whatsoever in the planning of his burial without the family. As it is clear even in the marriage act, that at the point of departure, the mortal remains are released to the family of the deceased and the first son is referred to as the “Chief Mourner”. The woman is only to see the remains of her husband on the day of the burial and not before. But it is surprising that Mrs Seinye Lulu-Briggs has gone ahead since January 2019 and filed an application before a Ghana Court asking that the remains of her husband be not released to the family of the deceased. She filed this application and is the same person through Mr Oraye St. Franklyne, is claiming that High Chief Dumo Lulu-Briggs is the one stopping her from burying her late husband. How? The deceased has grown children who are not less than 50 years old and can make decisions and plan the burial of their late father comfortably. So, the question yet again remains; WHAT IS MRS SEINYE LULU – BRIGGS AFRAID OF?

Between January and October 2019, Mrsseinye Lulu-Briggs has occupied herself with converting the assets of the deceased to her name and names of her children, but that is not even a problem to the family. All the family is interested in is for her to withdraw her application before the court and allow the mortal remains of the deceased to be handed over to the family so they can go ahead with plans to bury their brother and father and grandfather. Nothing more.

A date was set for a ruling by a vacation judge in Ghana High Court for September 6, 2019 and on the set date, MrsSeinye Lulu-Briggs goes to an appeal court and appeals that the matter be assigned to another judge and took a date for hearing for November 12 as date from the court in Ghana. Why all the rigmarole? All these actions of hers points to only one thing; Seinye Lulu-Briggs is hiding something concerning the suspicious death of High Chief Olu Benson Lulu-Briggs.

It is clear that High Chief Dumo Lulu-Briggs is not accusing Mrs Seinye Lulu-Briggs of anything yet but as the popular saying goes, “the evil doer runneth when no one pursueth”. Mrs Seinye Lulu-Briggs has gone to all possible media houses and claiming that she is being accused of murdering her own husband whereas there has been no such accusation made anywhere by any member of the Lulu-Briggs family. All the family has been asking MrsSeinye Lulu-Briggs till date is to release the remains of their son, brother, father and grandfather to the family so they can plan a proper burial for him as the customs requires in Kalabari kingdom.

Rather than resorting to cheap blackmail via spokespersons like MrOraye St. Franklyne, MrsSeinye Lulu-Briggs should respect the memory of the man she called her loving husband and stop bringing his mortal remains to public ridicule because she wants to hide something.

Mrs Seinye Lulu-Briggs, instead of employing these feeble tactics and purchasing of yeomen to spin tales on her behalf, should respect customs and traditions and respect the memory of her late husband and release the mortal remains to the family so the man can finally rest in peace.