Napoli return to form with win over Hellas Verona 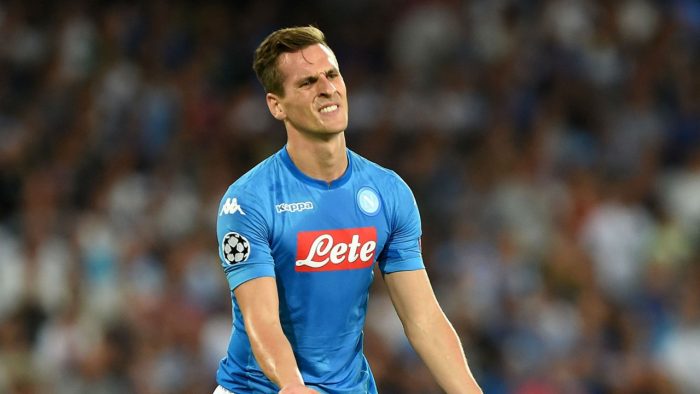 Two goals from Arkadiusz Milik helped Napoli return to winning ways in Serie A with a 2-0 home victory over Hellas Verona on Saturday.

The Poland international had not scored this season going into the game, but struck in either half to end his drought.

Napoli’s form stuttered before the international break as they were held to two consecutive goalless draws, against Torino in Serie A and Genk in the UEFA Champions League.

But a comfortable victory at the Stadio San Paolo helped Carlo Ancelotti’s side close the gap on third-placed Atalanta to just one point after they were held to a draw by Lazio.

Napoli are fourth on 16 points, one behind Atalanta and four ahead of fifth-placed Roma, who face Sampdoria on Sunday.

Earlier on Saturday, Lazio produced a remarkable comeback to earn a 3-3 home draw with Atalanta after trailing 3-0 at half-time courtesy of a Luis Muriel double and an Alejandro Gomez strike.

But Ciro Immobile’s second successful penalty kick of the afternoon levelled the scores in stoppage time after Joaquin Correa also struck for the hosts, Reuters reported.