Attacks on Nigerian businesses in S. Africa criminal, not xenophobic 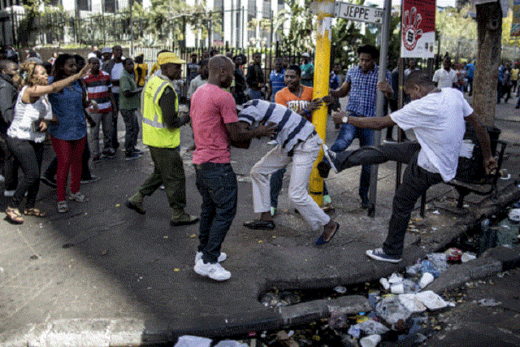 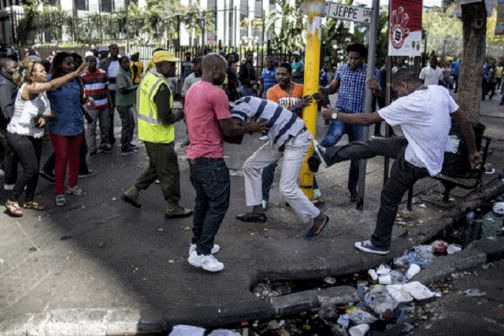 The Consulate General of Nigeria in Johannesburg says the Oct. 22 attack on businesses owned by Nigerians in Witbank in the Mpumalanga district of South Africa was a criminal act and not xenophobic.

The Nigerian Consul General in Johannesburg, Godwin Adama clarified in an interview with the News Agency of Nigeria (NAN).

The Consul General said that the attack, which occurred at about 9 a.m. on Tuesday, Oct. 22 was masterminded by taxi drivers under the guise of fighting crime. He added that with the cooperation of the police the matter was resolved in less than an hour.

“We held a meeting with the police authorities and they led us to the place where the attack occurred. Although it happened in a different locality (from the previous one), we agreed to meet often to prevent reoccurrence.

“The police promised to invite the taxi drivers association and Nigerian Citizens Association in South Africa (NICASA) to a meeting to discuss and resolve issues amicably. There is no problem at the moment and we are monitoring the situation keenly and we have been able to reach a reasonable stage of agreement and help out.

He commended the security agencies for cooperating with the Nigerian mission “in tackling issues that affect foreign nationals, particularly Nigerians living in that country”. He said efforts would be made to preempt and stop any form of attack in the future, rather than wait for it to happen.

He said that modalities had been put in place to ensure the effective implementation of agreements reached by Nigeria and South Africa to prevent all forms of conflict between citizens of the two countries.

“There was nothing like xenophobia; this attack was crime-related and it is just that some criminals took advantage of the opportunity to carry out the crime.

“We have draft rules and agreements in place; it is a people-to-people relationship we want to concentrate on. If it is government-to-government we do not have much problem at all.

“It is not a one-day matter to resolve, but such modality requires constant discussion platforms to enable people to be able to interact. To be able to arrest criminals, it is better to take issues related to the crime to the police station, rather than take laws into your hands,” he added.