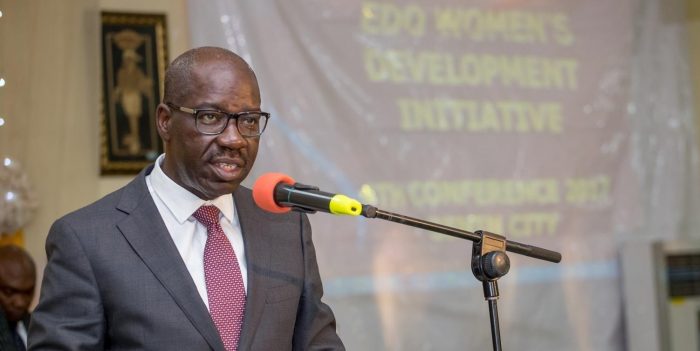 A Benin City High Court, presided over by Justice D. I. Okungbowa, has restrained the Edo State Government and its agents from demolishing a hotel belonging to a chieftain of the All Progressives Congress (APC) in State, Tony Adun, otherwise known as Tony Kabaka.

T. Latifah Hotel and Suites, located at the Ugbor axis of the State capital, is said to have been built on government land.

The State Government had through the Ministry of Urban Planning, issued a seven-day notice to Adun to remove the hotel.

The Government said it would commenced demolition of illegal structures erected on government property, including public schools and waterways as well as roof extensions and structures erected on the right of way of roads/streets, moats, river banks, TCN high tension lines, among others in Benin City and other major settlements in the state.

It said the exercise was to address the challenge of incessant cases of flooding in urban centres, adding that the cost of such action would be recovered from the violators in a law court of competent jurisdiction.

Temporary respite however came the way of Kabaka Wednesday, when Justice Okungbowa, issued the restraining order in a suit no B/151/05/2019.

Okungbowa noted that more justice would be served if the defendants are temporarily restrained from carrying out their threat of demolishing the structure than allowing them to demolish.

“An order of interim injunction restraining the defendants, particularly the 1st defendant, from carrying out and or demolishing, removing, pulling down or altering the claimant/applicant’s hotel buildings known as T. Latifah Hotel and She, lying and situate at No1 Akin Oladiyun Street, behind Ugbor Primary School, Ugbor GRA, Benin, Edo State, pending the determination of the motion on notice for interlocutory injunction.

“It seems to me that more justice will be served if the defendants are temporarily restrained from carrying out their threat of demolishing the structure than allowing them to demolish same, pending the hearing and determination of the motion on notice for interlocutory injunction already filed,” the order said.

The embattled hotelier had earlier this week vowed to die if the State Government went ahead to demolish his multi-million naira hotel.

Adun in a video he posted online, alleged that he was targeted because he refused to support Governor Godwin Obaseki’s second term bid.

He said his property was issued with a valid Certificate of Occupancy and a Deed of Transfer that carries the signature of the Surveyor-General of the State.

He however opted to beg Governor Godwin Obaseki “temper justice with mercy” and spare his hotel.

Meanwhile, some concerned youths in the in the area have called on the State Government to temper justice with mercy by reneging its demolishion threat.

The youths who trouped to the building said they were there to sympathize with Adun.

Spokesman for the youths, Mr. Charles Uyiekpen, urged Governor Obaseki to show compassion on Mr. Adun no matter his offenses and allowed the hotel to remain.

Uyiekpen said that the pulling down of the building will only increase the level of unemployment in the state noting that the hotel has been able to put foods on the tables of the citizens of the state.

“All we are saying is that the Governor should please have mercy, no matter what he [Adun] has done,” he pleaded.