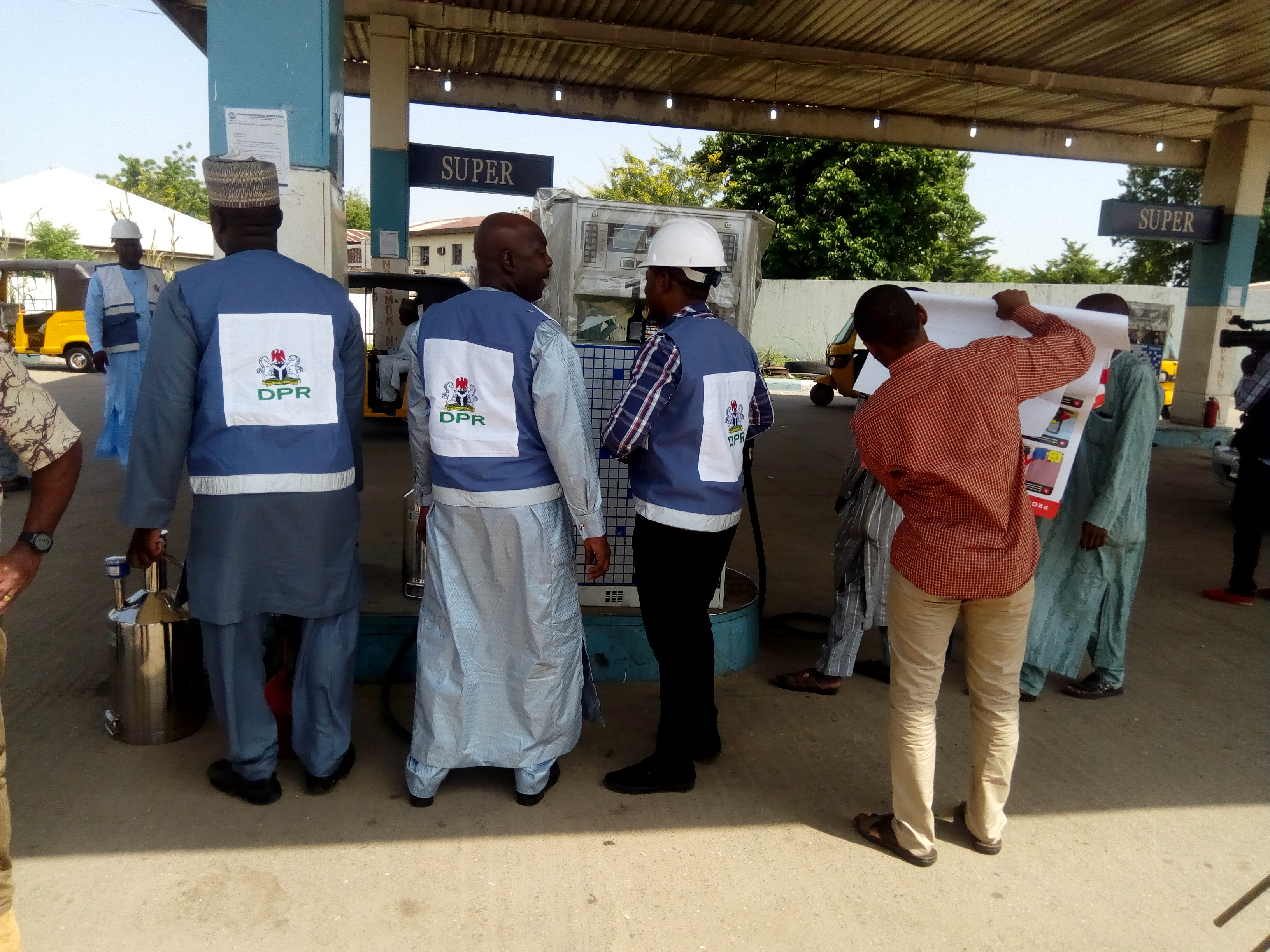 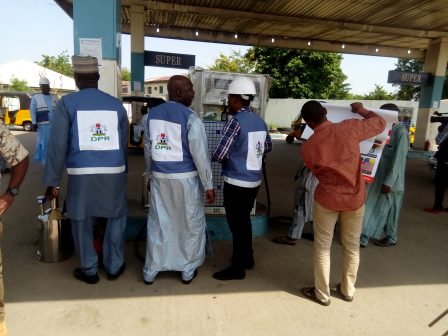 The Department of Petroleum Resources (DPR) on Wednesday says it has sealed one filling station and nine pumps in Maiduguri, for various infractions.

The DPR Zonal Operations Controller, North East zone, Mr Ali Zaoka, made the disclosure during the routine surveillance and sensitisation exercise in Maiduguri.

Zaoka disclosed that a filling station, Mala Sheriff Petroleum Company, was sealed due to under dispensing and poor housekeeping.

He said that nine other pump dispensing machines were also sealed at different filling stations found to be engaging in under dispensing of products to customers and failure to adhere strictly to guidelines.

Zaoka added that the exercise was designed to monitor the activities of Liquefied Petroleum Gas (LPG) and fuel marketers as well as filling stations within its area of operations.

“We have sealed one filling station and nine pump machines for various infractions mainly for under dispensing, poor sanitation and safety.

“The aim is to protect consumers to ensure that they are not being shortchanged as well as create awareness on safety tips in handling gas and petroleum products in the society,” he said.

Zaoka explained that the affected fillings stations would be re-open after satisfying specifications guiding their operations and payment of N100,000 fine through the Treasury Single Account (TSA).

According to him, the agency had distributed posters and leaflets to create awareness on safety and other precautionary tips on usage of petrol and gas especially for domestic purposes.

Zoaka said that the agency had extended its outreach in the region to create awareness, promote safety standard and ensure that consumers were buying what they paid for.

The controller further tasked gas plant owners on safety practices to avoid disaster in the region.

“Now gas is becoming popular in our society and more people are using cooking gas; we expect them to be aware of the safety implications not only for owners of the gas plants, but also for domestic users.

“Gas marketers are encouraged to adhere strictly to regulations guiding their operations such as provision of appropriate location, tanks, watering system and fire extinguishers, among others’’ he added.

Zaoka noted that selling of gas cylinders within residential areas were not approved while transferring gas from one cylinder into another cylinder was also prohibited, warning that erring marketers would be sanctioned.

The controller led members of the management and team of inspectors of the agency in the inspection exercise.

Similar exercises would also be conducted in other local government areas of the state and in Damaturu in Yobe.