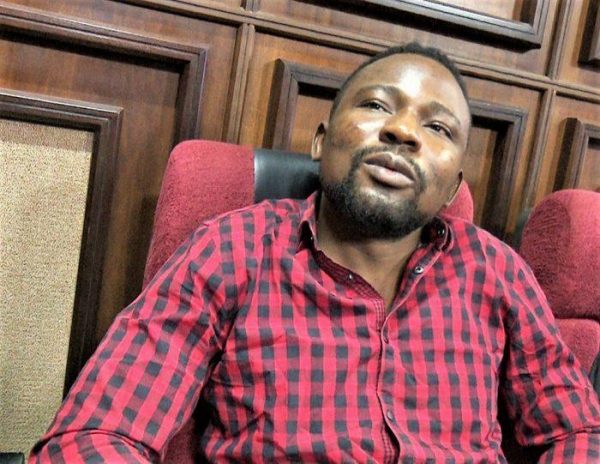 The Economic and Financial Crimes Commission, EFCC has re-arraigned Okoroji Chinonso Stanley on an amended charge before Justice Giwa Ogunbanjo of the Federal High Court Abuja.

Stanley was first arraigned on June 6, 2019 on a four-count charge, bordering on money laundering to the tune of N23,697000 million only. He pleaded not guilty to all.

He was later released on bail.

At the resumed hearing on Tuesday, the team of the prosecution counsel, led by Chile Okoroma presented an amended charge against the defendant, which it had earlier filed on October 11, and urged the court to adopt it and for the defendant to be re-arraigned upon the charge.

“The matter is for re-arraignment and trial. We have an amended charge, filed on October 11, 2019, for which we humbly seek the acceptance of my lord. We have our proof of evidence, witnesses, case summary and other necessary documents in support of our prayer,” Okoroma said.

The judge asked the defence team, led by Abdulhamid Muhammad if it had any objection to the amended charge. Muhammad did not object.

“We have received the copy of the amended charge and we have no objection,” Muhammad said, but prayed the court to allow the defendant to continue to enjoy his bail.

Prosecution counsel did not object to the prayer but urged the court to read the amended charge to the defendant.

Count four of the amended charge reads: “That you Okoroji Chinonso Stanley on or about 3rd of April, 2018 in Abuja within the jurisdiction of this honourable court disguised the origin of the sum of N20,000,000,00 (Twenty Million Naira) only in your Ecobank Plc Account no:5091081508 which you know to be proceeds of unlawful act to wit: participation in an organized criminal group and thereby committed an offence contrary to Section 15(2)(a) of the Money Laundering Prohibition Act 2011 as amended by the Money Laundering Prohibition Amendment Act 2012 and punishable under Section 15(3) of the same Act.”

The defendant pleaded not guilty to the new charge.

The trial began immediately with prosecution counsel presenting two witnesses: Howard Adunn, an investigator of United Bank for Africa (UBA) and Makinde Vincent, a police inspector of the Intelligence Response Team of the Inspector General of Police.

Being led in evidence by the prosecution counsel, Vincent who was among the police officers that arrested the defendant said: “We have a video clip of the defendant, confessing his crime on DVD and there’s no enforcement. He voluntarily confessed, on hearing that he is an internet fraudster.

“My boss, Deputy Commissioner of Police Abba Kyari ordered me to hand him over to EFCC since we don’t deal with internet fraudsters,” he said.

After the confessional video clip of the defendant was played from the beginning to the end in the court, the defence counsel, Muhammad in his cross-examination of the witness said that the defendant was beaten and forced to confess. “It was not voluntary. I urge this honourable court for-trial-within-trial” he said.

Led in evidence by Okoroma, the lead prosecution counsel in the trial-within-trial, the witness restated that the defendant freely confessed and that no force or coercion was applied on him.

The judge adjourned the matter till November 20 and 21 of 2019 for ruling on the trial within trial and continuation of the substantive trial.