Another two-storey building collapses in Lagos 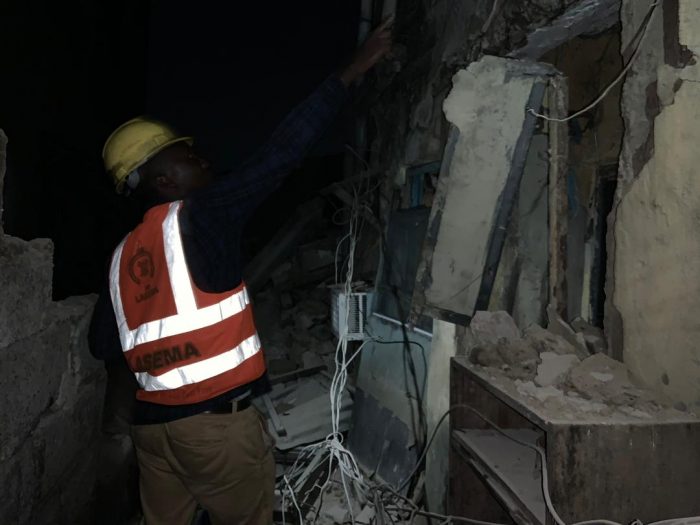 Another two-storey building collapsed at Ojuelegba area of Lagos on Thursday evening, 12 days after the collapse of a three-storey building at Magodo Phase 1 in the state.

The incident occurred at about 8:55 pm at No 7, Rufai Street, Ojuelegba. No life was lost.

Some of the residents said that virtually all the inhabitants had vacated the building before the crash but still had some of their belonging inside the building.

According to the tenants, the building actually started collapsing gradually since Oct. 18.

Mr Emeka Anozie, one of the residents, said that when a window from the back flat collapsed around 7 p.m, he alerted all the remaining tenants who were busy removing their belongings to come out, adding that the entire building collapsed a few minutes later.

The Lagos State Building Control Agency (LASBCA) had on March 25, 2019, marked the building and warned the residents and the landlord to vacate the premises and also served another notice on the landlord on May 21.

The Director-General, Lagos State Emergency Management Agency (LASEMA), Dr Olufemi Oke-Osanyintolu, said he immediately mobilised his team and other safety agencies to ensure the protection of lives and properties in the area.