ASUU poised for showdown with FG 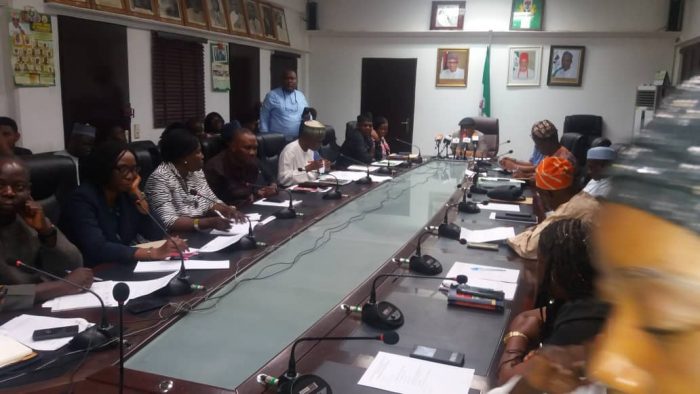 The Federal Government and the Academic Staff Union of Universities were on the warpath on Wednesday over a presidential directive on the Integrated Payroll and Personnel Information System.

The Punch reported that President of ASUU, Prof Biodun Ogunyemi, restated the union’s opposition to the IPPIS.

Also, the union Chairman in the University of Ibadan, Prof Deji Omole, condemned the Federal Government for faulting ASUU’s position on the IPPIS.

Despite ASUU’s opposition, there were indications that the Federal Government would not extend the October 31 given by President Muhammadu Buhari for all civil servants to enroll in the scheme.

Buhari had, during the 2020 budget presentation at the National Assembly on October 8, ordered the stoppage of payment of salaries of civil servants, who failed to register for the IPPIS by the end of October (this month).

According to the President, the directive is part of efforts to manage personnel cost to fight corruption and save billions of naira.

He had said, “I have directed the stoppage of the salary of any Federal Government civil servant that is not captured on the Integrated Payroll and Personnel Information System platform by the end of October 2019.”

The IPPIS scheme, which was introduced in 2007, is one of the Federal Government’s initiatives designed to centralise payroll and payment systems, facilitate convenient staff remuneration with minimal wastage, aid manpower training and budgeting.

It also facilitates planning and monitoring monthly payment of staff emoluments against what was provided for in the budget. It also ensures database integrity; facilitates easy storage; updating and retrieval of personnel records for administrative and pension processes.

It was gathered that at its meeting on October 17, the union listed a court action as part of options to frustrate the implementation of the IPPIS in universities.

A source said before the court action, ASUU planned to write a letter to the President, through the Minister of Education, Adamu Adamu, and demand audience with Buhari.

The source stated, “We also plan to write a letter to the President of the Senate and the Speaker of the House of Representatives and also have audience with them to brief them correctly on the situation.

“We will consider a court action seeking an injunction restraining the Federal Government from violating the law (on university autonomy) by imposing the IPPIS on our members.

“There will be national and zonal visitations to all our branches, sensitising and mobilising our members for an action in case our salaries are stopped.”

Further findings revealed that the ASUU members were adamant on the rejection of the IPPIS.

A top ASUU official at the meeting said, “ It takes a minimum of 60 days for an enrollee to be paid after all the biometrics are done. This contradicts even the short notice given by the President to the civil servants.

“The IPPIS, which is an initiative of Mrs Okonjo Iweala, has its roots in the World Bank political tools used to further subjugate less-developed countries. This further generates crises in the various sectors of our nation.”